Athlete of the Week: Brianna Reiter 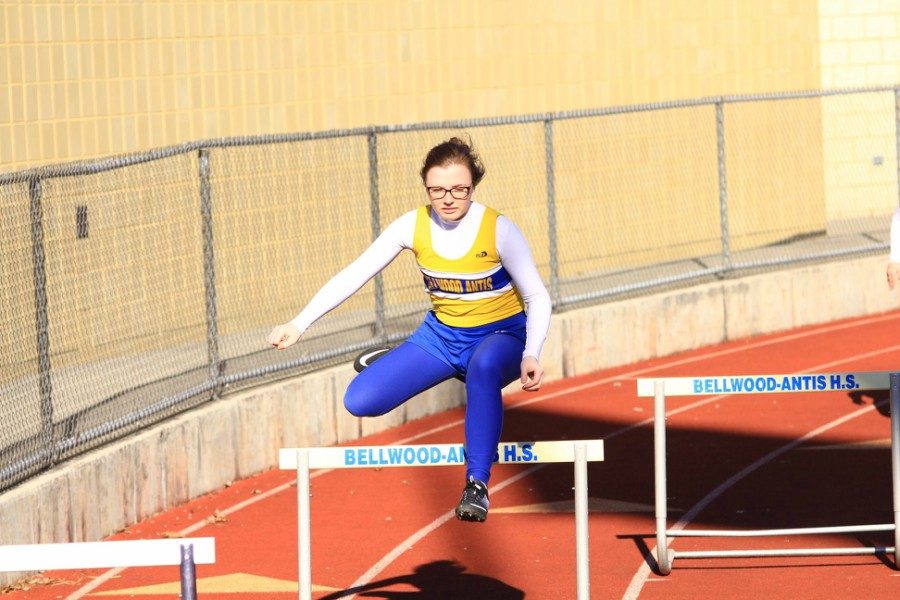 Senior, Brianna Reiter has been running track since Freshman year and fell in love with the sport. Being a triplet, she saw track as a way to do something that could separate her from her sisters, and she wanted to use it as a great source of exercise and to have fun with her friends.

Brianna’s favorite thing about track is that you can compete individually and still be a part of a team at the same time.

“You have your own race to compete in, and I like the challenge of the race,” said Brianna.

Reiter runs the 100 meter hurdles and the 300 meter hurdles, and though she loves it now it wasn’t was she wanted to run at the beginning of her career.

“Miss R Had me try it and I just kept  working at it until I got better. The 300 meter hurdles are probably the most difficult for me and the most challenging out of all eighteen events on the track,” said Reiter

It is Brianna’s senior season and like most seniors she has set some goals for the season. She wants to be able to say at the end of the season that she set a new personal record, finished with a varsity letter, and improved her overall hurdling form.

“I think mainly for myself I just want to do better as a hurdler, and I want to aim to be able to three-step,” said Brianna

Though Reiter has a great love for track she only saw it as a high school activity, and she doesn’t plan on taking her career to the next level.

“I just have fun participating and competing,” she said.