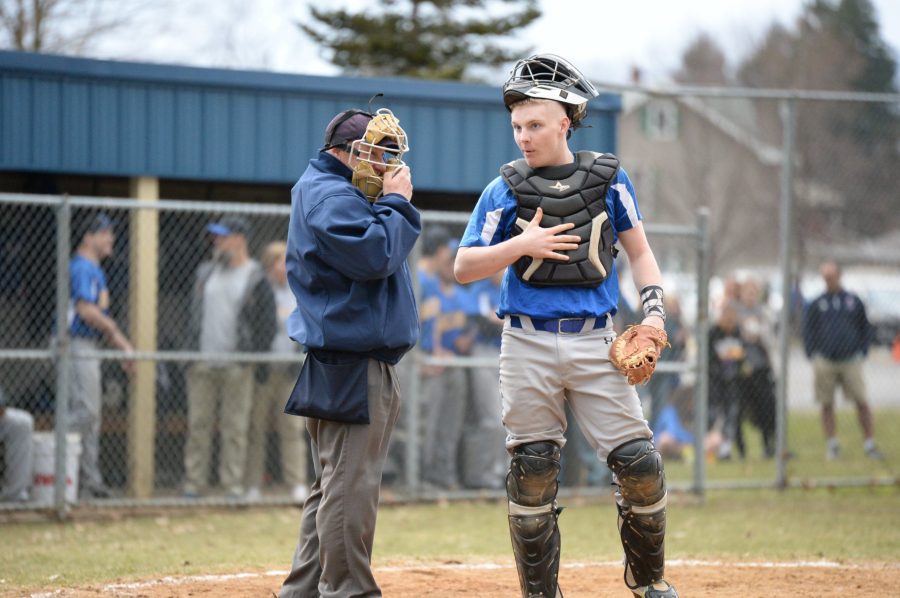 Trentin Whaley talks with the unnpire in between innings against Tyrone.

On Friday night, the Bellwood Antis Baseball team took on rival school Tyrone in a Backyard Brawl game in Bellwood.

The game was determined on many errors coming from the B-A team.

Bellwood lost 7-1 in a game played over only five innings because of darkness.

Tyrone had only one more hit compared to Bellwood, but B-A had a total of 6 errors throughout five innings costing them four unearned runs.

Senior Caden Nagle took the loss, letting in 6 runs, but only two of them were earned runs. Alex Schmoke came in in the fifth inning and only allowing one run.

Junior Travis Luensmann led the team in hits having two in three at bats. He also drove in B-A’s only run in the bottom of the fifth inning.

Tyrone got out to a 1-0 after the first inning before scoring six over the third, fourth and fifth.

Bellwood will face Mo Valley at home on Monday.