Freshmen adjust to moving on up 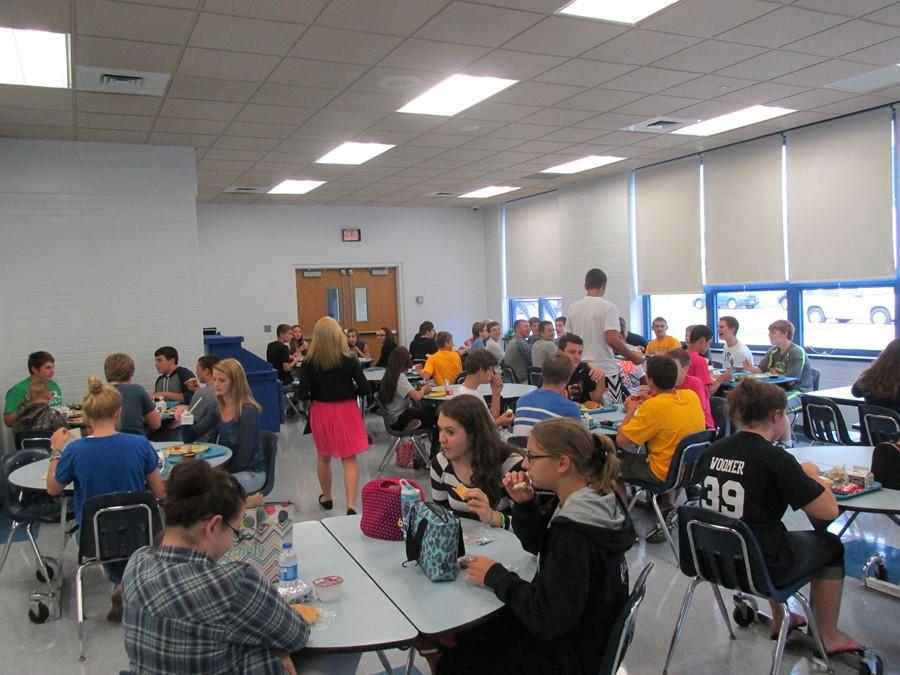 Freshmen eat together every day in third lunch. It can be a scary and challenging move to go from the middle school to the high school.

Being late for class and getting awkwardly stared at. Being late and getting yelled at by an angry teacher. Feeling hopeless and being the only person in the hallway with no idea where you are. Going to the wrong place and feeling stupid.

These are the fears of high school freshman making the jump from middle school.

The greatest fear for B-A’s 9th grade freshman is getting lost.

Aliza Lauren experienced getting lost, going to the wrong place, and being late for class first hand.

Like every 9th grade freshman, Aliza had her searching buddy for classes.  Aliza’s buddy was Christine Langenbacher.  Since they had last names close together, they assumed they would have basically the same schedule.

However, last names didn’t matter for schedule making.  As the teacher was seating people and calling attendance, Aliza didn’t hear her name after Christina’s, which was the case for every class.  She looked at her schedule and saw she was in the wrong place… So poor Aliza had to leave awkwardly and was embarrassingly late for health class.

Mrs. Adams says, “Some of the fears common for freshman are that upper classman are rude, finding rooms, and the rules.”

Upperclassman who have been here for a year or more know that you can’t really get lost in this school.  There are two floors full of teachers, staff, and other students. Also, there aren’t really any turns or curves.

Even so, Mrs. Adams, high school assistant principal, hopes to help the new students off next year to get along better.

She said, “It’s important to reassure students that teachers, staff, and other students are willing to help them find their way around to classes.”

This past August, Mrs. Adams organized a freshman orientation night to help address the concerns of freshman and their parents.