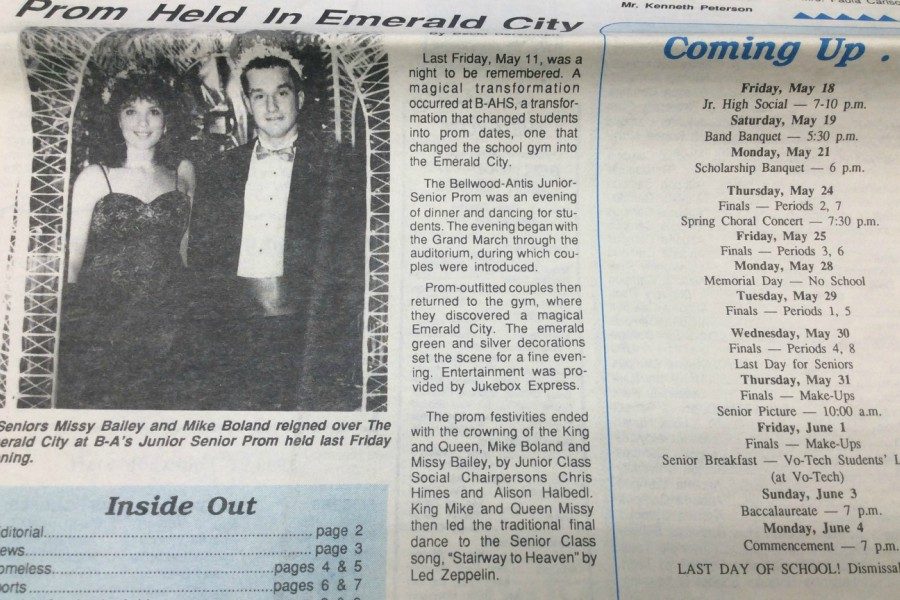 The 1990’s prom was a night to be remembered. The Bellwood- Antis High School gym was transformed into the Emerald city. Their evening began with a Grand March through the auditorium.

Prom outfitted couples entered the gym where the emerald green and silver decorations set the scene for a great evening.  The entertainment was provided by Jukebox Express.

After the crowning, the seniors took their place on the dance floor for the traditional final dance to the senior class song, “Stairway to Heaven” by Led Zeppelin. Their evening was completed by the After Glow held at the Altoona’s Back Wall.

The 2019 prom is coming up on April 26th and the Bellwood Antis School District decided to switch things up and not have it in the high school gym. Instead they will hold prom at the Casino at Lakemont Park. Bellwood does not have the same traditions as they used to, like having it in the high school gym or even crowning prom king or queen. The prom this year doesn’t even have a theme. Will these traditions ever come back to Bellwood Antis High School prom?