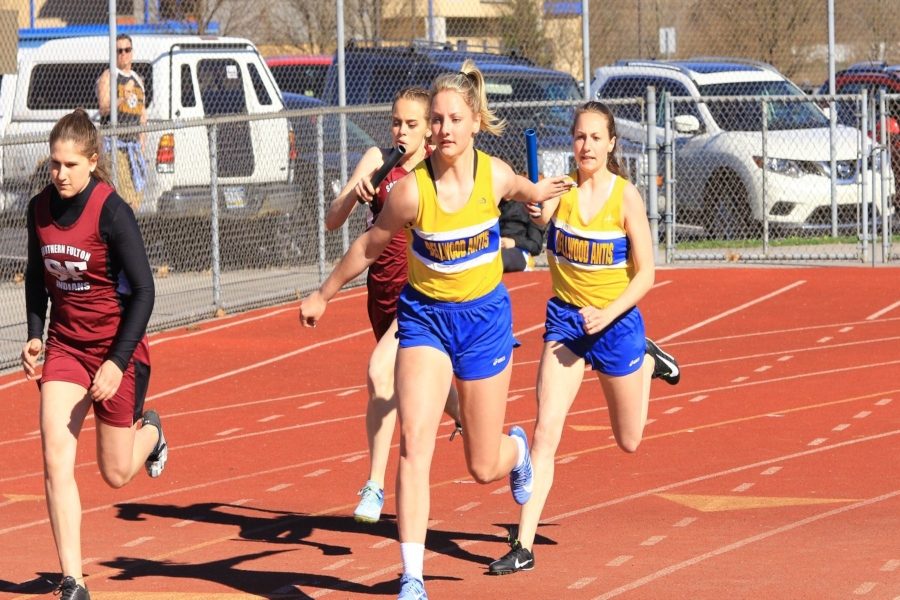 Joe Wertz won all three field events yesterday and was able to manage a 147′ throw in javelin. Shawn Wolfe had another good meet as well, placing first in two of his sprinting events.

On the girls side, Jamyson Focht won both the 100, and 300 meter hurdles. Kaelynn Behrens placed second in triple with a jump on 28′ 10″. Also, senior Jenna Bartlett was able to take first in the 3200 meter run.

“It’s expected for us to go undefeated in the league, and win the ICC. It feels good to get closer and closer to that goal,” said, junior, Julian Bartlebaugh.