ARTIST OF THE WEEK: Aarhen Gathagan 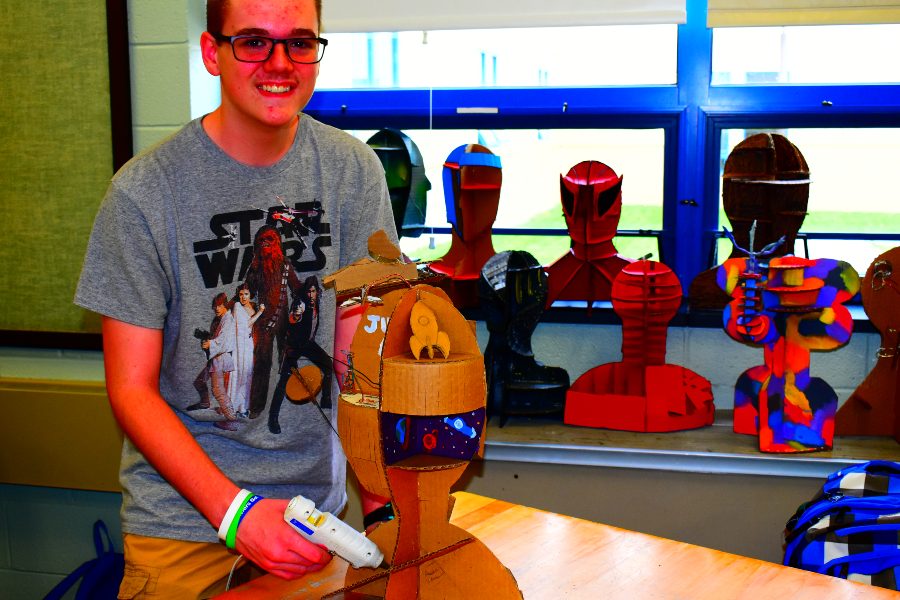 The Artist of the Week this week is freshman Aarhen Gathagan!

Aarhen said he only used to really draw “cartoony things” with just basic shapes; however he has recently been into much more detailed work.

An example of this would be his favorite project so far this year, a cardboard sculpture.  It was an alien head that had four different quadrants, and each was representative of a different era.  The quadrants were the 60s Space race, the 50s Atomic Age, the modern era, and a look into the future.

Art teacher, Mrs. Leah McNaul, comments, “Aarhen has been very driven in his vision for his cardboard bust sculpture.  He committed to a theme about space and space travel and was fully engaged in his project throughout the time given.”

Mrs. McNaul goes on to say, “Aarhen included aspects to his design that were innovative and thought provoking.  The viewer is taken on a journey to a time when the unknown was exciting and possibilities were inspiring.”

Aarhen said he used to think of possibly pursuing art as a career after graduation, but not anymore. He would still like to express himself artistically after high school, but just not build an entire career off of it.