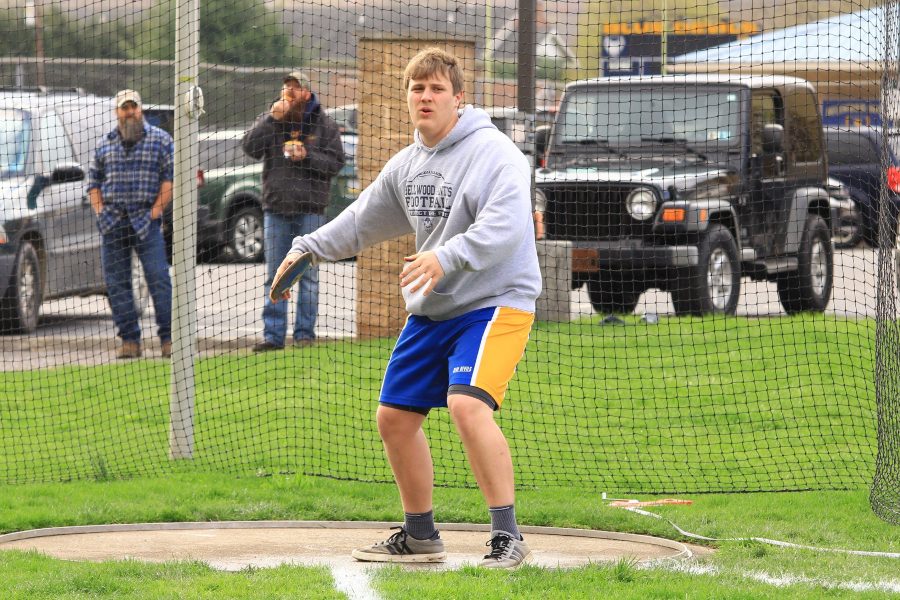 Joe Wertz prepares to throw the discus against Fannet Metal.

Jamyson Focht won the 100- and 300-meter hurdles for the Devils.

Ashley Yohn helped lead the Devils to victory by winning the 1600- and 3200-meter races.  Kaelynn Behrens won the triple and long jump for the girls.