The Life of a Varsity Girls’ Basketball Manager 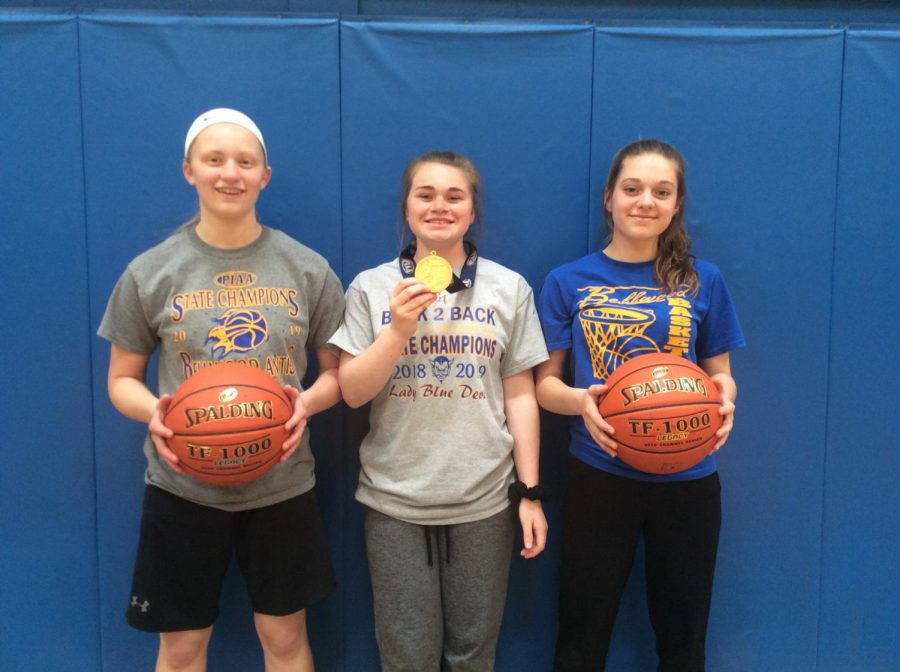 We interviewed the 2018-2019 8th grade managers for the Lady Blue Devil basketball team to ask them about their experiences of getting to be a part of a state championship squad. Caylie Conlon, Alyson Partner and Chelsea McCaulsky have all played basketball from a very young age and could not wait for the day they became varsity players. They did not
think they would become part of the team until they were freshmen, but sure enough, they were asked to be managers for the team as eighth graders. All three of them were so excited to finally be apart of the team, and we’re pretty sure none of them ever imagined getting a gold medal!

Caylie Conlon said that her favorite part was winning states. Her least favorite part was the bus rides because she gets car sick. Caylie said that the team made her feel very welcomed and definitely treated her as a member of the team. She said she would one hundred percent be a manager again if they asked her to do so.

Chelsea McCaulsky said her favorite part was winning states. Her least favorite part was not actually being able to play while watching everyone else shoot hoops. Chelsea said that the team was super nice to her and made her feel like a part of the team. She said she would definitely be a manager again.

Alyson Partner said that her favorite part was winning states. Her least favorite part was getting home late. Alyson said that the team was nice and did not leave the managers out of anything. She said it was fun all around and she would be a manager again.

Being a manager for the Lady Blue Devil basketball team was a great experience for these girls, especially being part of a back-to-back state championship team. Hopefully they will be able to win a third title when they are actually players on the team! Good luck, girls!