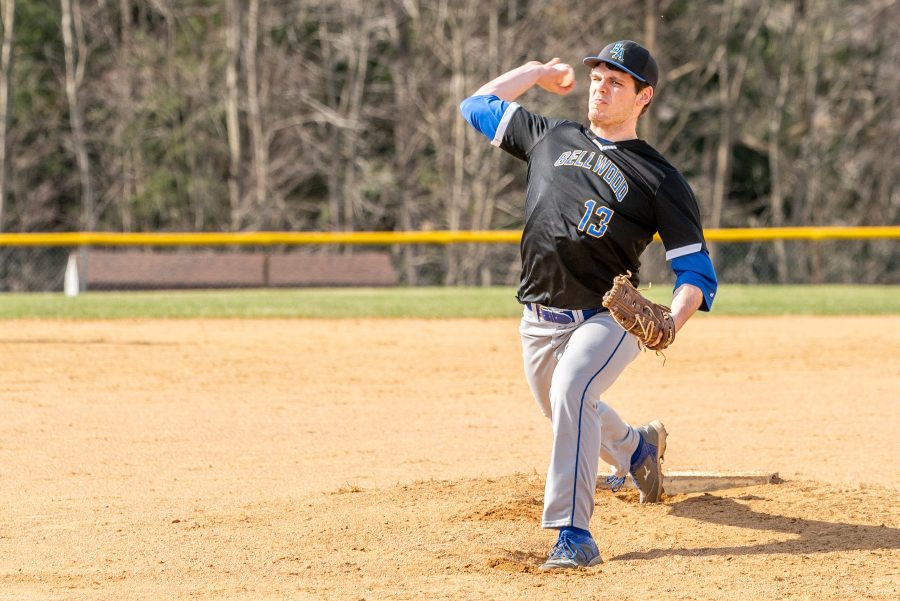 Caden Nagle got the start against Mount Union before giving way to Mark Stewart.

The Devils came out on top 5-3, having to rally late in the game to secure the win.

Senior Caden Nagle started on the mound for B-A and threw 2 1/3 innings until Head Coach Steve Conlon brought in junior Mark Stewart to finish out the game.

Mark went the rest of the way and only allowed one earned run. He struck out two and only walked one batter.

The Devils had the bats going, racking up 14 hits.

Sophomore Joe Dorminy went 3 for 4 and one RBI and junior John Kost went 2 for 2 at the plate.

The Devils led 1-0 early before the Trojans put two on the board in the third. B-A tied it in the third before exploding for three in the sixth.

B-A didn’t have any errors against Mount Union, which was huge for the Devils.

Coach Steve Conlon said, “It was a great team win. We played extremely well as a team, clutch hitting, outstanding pitching, and defense.”

Conlon also said that this week was huge in terms of points for district seeding, getting two AAA wins. B-A defeated Central earlier in the week.

The next game for the Blue Devils is Tuesday on the road against Mo Valley.