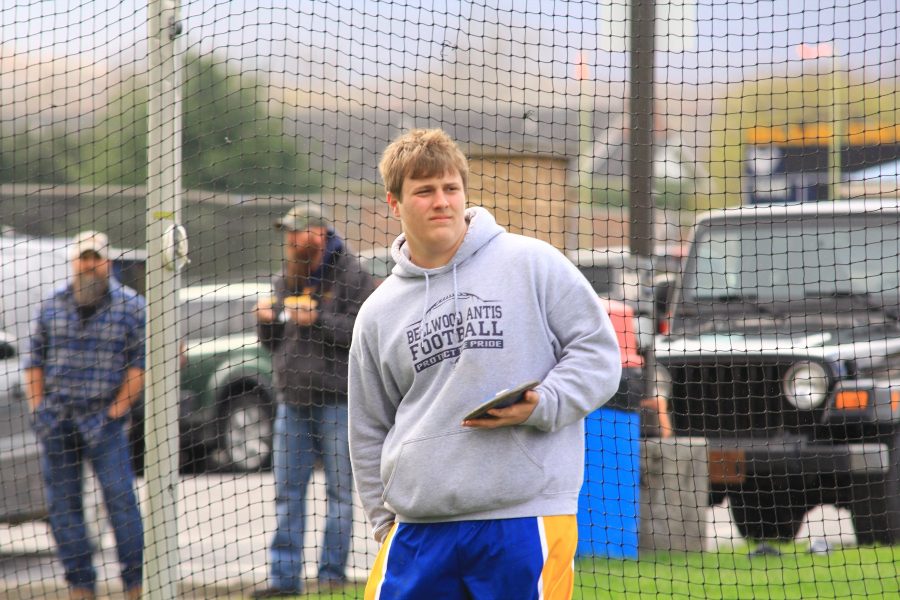 Joe wertz finished first in the shot put and third in the discus and was named outstanding thrower in B-A's home invitational win.

Yesterday was the 63rd annual B-A Invitational Track and Field Meet, and the Bellwood-Antis boys track team secured their 22nd team championship, their first since 2013.

“I thought yesterday was a really good day for us.  We showed our depth as a team with our performance in all three relays, placing and getting two place winners in the long jump and triple jumps (Owen Shaulis/Zach Mallon),” said Coach Nick Lovrich.

Joe Wertz also became the first outstanding thrower from B-A since Steve Miller in 1985, after Joe won the shot put, and placed third in discuss.

Bellwood won 4 of 18 events and put their overall team depth on display when they were able to place top 3 in long and triple jumps, which helped gain a lot of points towards the overall victory.

“It was nice to see Shawn and Joe get noticed for their performances at the meet.  They have done a great job all season in all of their events,” Coach Lovrich said.  “We were glad to reach a goal we set in the beginning of the year to win our Invitational.  We have seen steady improvement all season and hopefully that continues.”

B-A’s girls managed only seven points on the girls side, well back of champion Central Cambria’s 94.