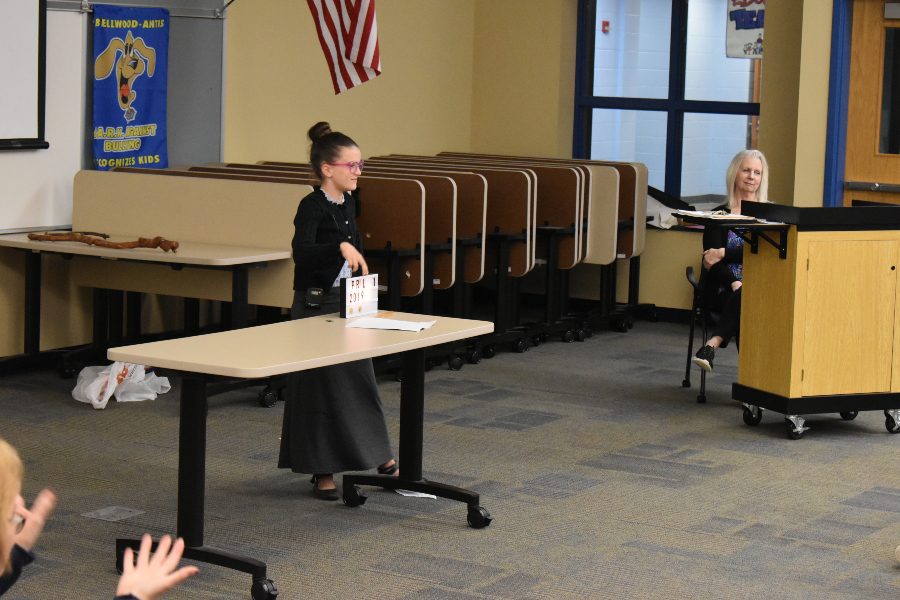 The purpose of hosted this event at such a young level is to allow students the opportunity to practice public speaking and memorization skills.

Though it’s not strictly about competition, a panel of judges did vote on winners.

The four winners of the competition were Giuliana Gummo, Ava Moore, Blake Pennington, and Curtis Shedlock. All of the winners received a cash prize made possible by a donation from former Myers teacher Mr. Bilka.

Every child in fourth grade was required to participate within their classroom. Their poems had to be at least 75 words long. The winners from each classroom were given the opportunity to perform in front of the third and fourth graders at a larger reading.

Students were selected from their home classrooms in different ways. Ms. Allura Feister, for example, used her classroom poetry reading as a chance to have her kids assess their peers.

“My students created a performance rubric that they used to rate one another’s performances and then they each cast votes for the three classmates that earned the highest score, according to their scores on the rubrics,” she said.  “The six students that acquired the most votes then performed for the class again.  After the second round of performances, the remaining students each voted for one student that they believed had the greatest chance of winning the entire contest.  The three students with the highest number of votes became the classroom winners that would advance to the next round.”