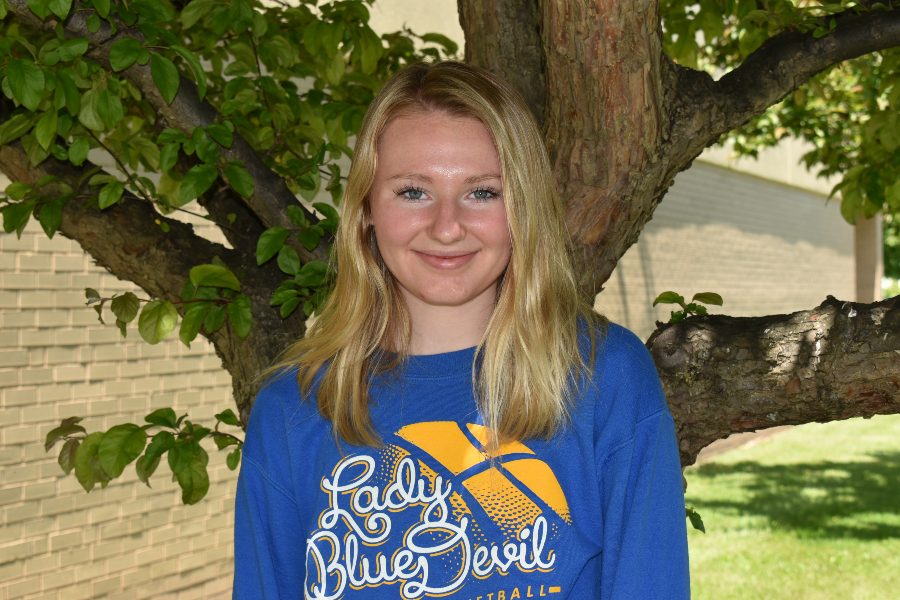 Riley D'Angelo has been announced as the Valedictorian for the Class of 2019.

Becoming valedictorian was never a goal for Riley D’Angelo but she worked hard to earn her spot.

“I just tried my best and last year found out I was in first. I was surprised but just kept working hard and it all worked out. I think my parents are still surprised,” said Riley.

When asked what it meant to Riley to be valedictorian, she answered “It’s pretty cool. I’m thankful for all of the teachers helping me when I needed it and being supportive.”

Riley was a captain on the state champion basketball team where she was a four-year starter and a one-thousand-point scorer. She was also a stand-put soccer player for the Tyrone/Bellwood-Antis co-op team, where she finished as the program’s all-time scorer. Riley was also a District qualifier on the track team.

In the area of student life, Riley is also involved in NHS, FCA, Key Club, and Chess Club. She is attending Chatham University for the Physician assistant program this fall.

Riley plans on delivering a message congratulating everyone and to wish them luck in all that they do.