Blue Devils open as 7-seed in 2A 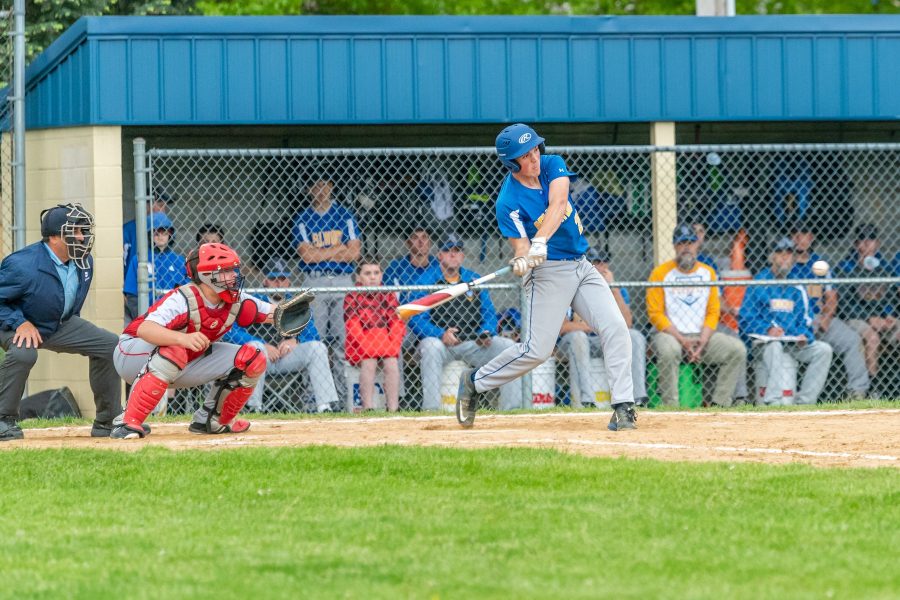 Troy Walker is hoping to help push the Blue Devils towards another shot at the District finals.

Today the Bellwood Blue Devil baseball team will start the District 6 2A playoff’s as the seventh seed.

B-A will face Southern Huntington in the first round of playoffs on the road.

Throughout the season, Bellwood has scored 123 runs and given up only 60.

The Devils average 6.83 runs per game and they average 3.33 runs against.

The Devils enter the postseason with a team batting average of .308. Nick Plank is the team’s top hitter at .477, while Travis Luensmann is close behind at .443. John Kost and Alex Schmoke are each hitting over .300.

The 3.33 runs against is the best in the playoffs this year in 2A, the nest closest is Portage Area who average 3.35 runs against.

Mark Stewart and Caden Nagle are B-A’s other starts, and none of the rotation has an ERA over 2.86.

B-A faced Southern Huntington in the District 6 Championship last year and lost in a close battle.

This will be the Blue Devils time for revenge to defeat Southern Huntington in the first round.

In the District Championship game last year, B-A fell because of sloppy play and couldn’t get the bats going consistently.

Bellwood is looking to change that this year in the first round.

The Devils are hoping to win their first District 6 title since 2003.