It was cooler than what our reviewer expected 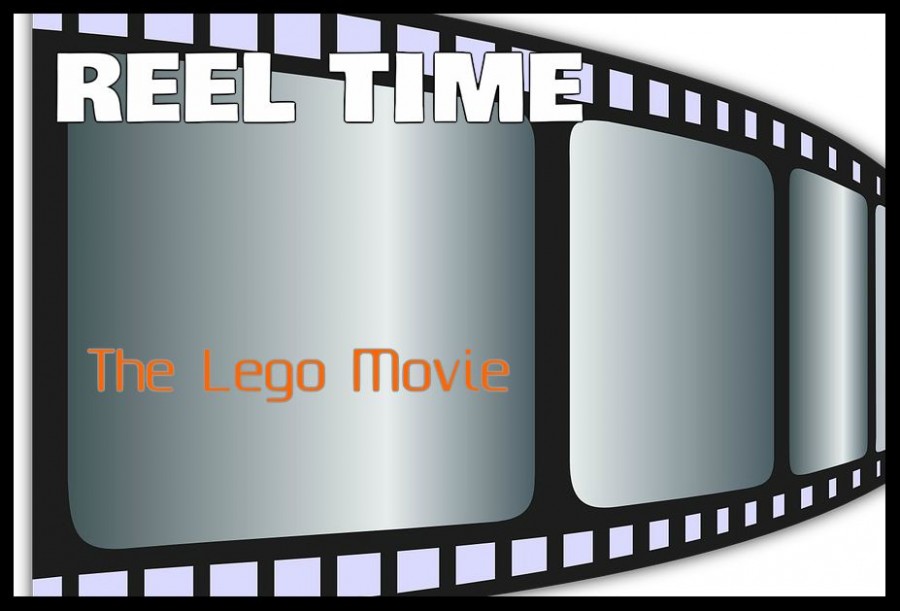 The Lego Movie was better than expected.

The Lego Movie is a movie that just came out on DVD this year. Emmet, the main character, has always lived his life the same way, doing the same things every day. He thought his life was awesome just because he thought he was special and had a lot of friends till one day when he overheard them saying that he wasn’t and that he was normal and they didn’t like him. Emmet suddenly felt sadden by this and realized that his life wasn’t as awesome as he thought it was. When he goes back to his work to get the instructions to live by, he sees someone running. Instead of going to get someone, he gets curious and tries to see who it is. A girl comes out and he is really stunned by her looks. Wyldstyle is the mysterious girl who runs away from him and he trips and falls into the ground. He finds the piece of resistance which makes him The Special.

I think this was a very good start to the movie. I really enjoyed the song at the beginning “Everything is awesome.” The song was happy and upbeat. The main character is a likable character which makes me like the movie because if he wasn’t likable it wouldn’t be relatable.

Wyldstyle is an amazing character who dates Batman. I really like her style, looks, and personality. Those are probably her best traits along with being a good friend. Batman realizes that he doesn’t deserve Wyldstyle and says she should date Emmet.

The cops come and attack him and ask him where he found the piece of resistance. They take him to Lord Business’s office. The good cop/bad cop is there questioning Emmet, trying to find out how he got the piece of resistance, three days before Lord Business takes over the world with the kragle (a.k.a krazy glue!!). He plans to do it on Taco Tuesday! Then Wyldstyle comes in and saves him. They build a motorcycle and drive off. The cops pursue them, but they end up going to a different world and lose them. They then talk to Vitruvius the wizard. He knows all about the special and everything that is going on even though he made the special up when they later find out in the movie. The cops come after them again and Batman saves them.

I think the idea of the kragle is hilarious and how he came up with that word I don’t know. The action sequence when Wyldstyle and Emmet are being chased on the motorcycle was very exciting and very good action scene. Taco Tuesday!!!! I loved that so much because everyone was so obsessed with this in the movie, although this scene doesn’t come in till later. The fact that they talk about it is hilarious. The scene when Batman saves them was really fun to watch because there is a lot of the funny scenes in it.

They then go to Cloud Cuckoo Land where they are meeting the Master Builders to discuss the Special and how they can save the world. When they get there, everyone is having a big party. They are so happy and wild. Lord Business didn’t know about this place till he tacked Emmet there. Emmet immediately meets Unikitty when he gets there, and they become good friends. They go to the meeting and every master builder is there. Everyone listens to Emmet and goes along with him and cheer. He says that he isn’t a master builder yet, but he will be and then everyone turns on him. They don’t like the fact that he isn’t and doubt he is the Special. They realize it was a waste of time and start to leave. Then all of a sudden the cops attack them. Everyone claims that Emmet led them to them, but that isn’t true at all. Everyone runs for their lives. Emmet’s group tries to figure out what to do when they come to a conclusion of a submarine. They start to build. Emmet finally builds something which is the double decker couch. Everyone says how stupid it is, but ends up saving their lives. Lord Business overlooks the double decker couch.

I really like Cloud Cuckoo Land and would want to visit it because it looked like a lot of fun. This was a fun scene for kids and anyone watching. Unikitty is very likable. She is always happy (except for sometimes) and likes to have everyone happy with her. She is always trying to be positive. In my opinion, she is one of the funniest characters in the movie.

The group tries to figure out a way to save the world and Emmet gets a plan. As they go along with his plans they couldn’t get the gate open which leads to their capture. They see that all the other master builders are captured as well. Lord Business doesn’t put Emmet in one of the bindings. By saving everyone by letting them go, he falls of the building. A big battle goes out between Lord Business and the Master Builders.

In the real world now, Emmet finds himself of the table and unable to move. A little kid is there but doesn’t pick Emmet up. The kid’s father walks down the stairs and gets after the kid for messing up the legos. The father is going to use the Krazy glue to glue the legos into place. The kid is confused to why his father does this and starts saying how his story of Emmet is the hero and what is happening. The lesson is that his father is Lord Business and he is Emmet. He thinks that his father spends too much time at work and doesn’t pay any attention to him.

Emmet then saves his world and everyone cheers for him. He tells everyone that all his friends saved the world with him. He then has a happy and awesome life from now on with his friends.

Overall, it was a good movie. At first I hated the idea of having real life people in the movie, but I don’t really mind it now. At first I wanted a movie that was fun, exciting, and funny to watch, but ending up being a more meaningful movie with a good lesson. I would recommend this movie to anyone. Kids, parents, and teenagers would enjoy this movie. It’s a good movie to watch with your family and friends. I would rate this movie an 8 out of 10.