Bellwood kicks off a new year in style 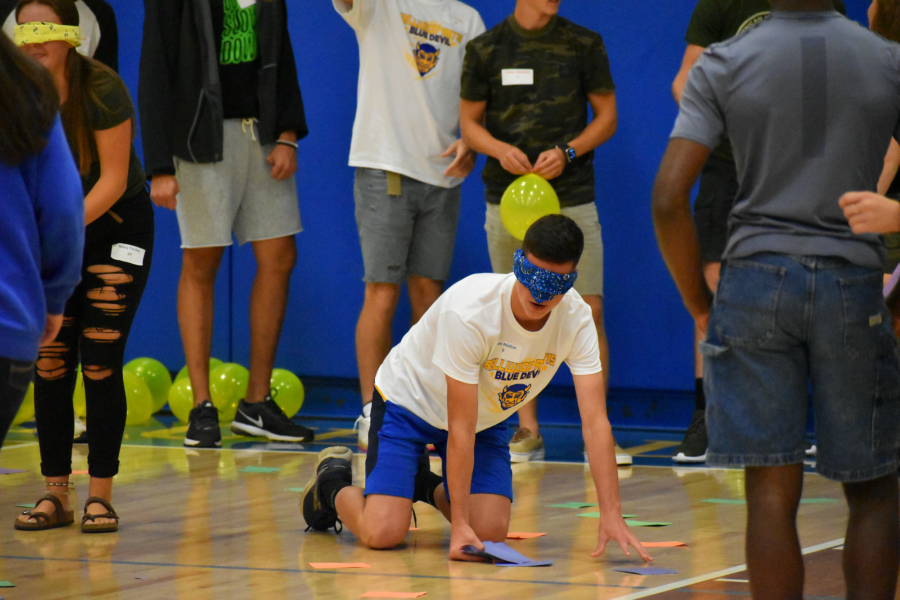 Traditionally, the first day of school is pretty boring.  The teachers hand out syllabi and talk about classroom expectations, and then you move onto another classroom.

In that way, every year is usually the same at Bellwood-Antis, except for this year.

For the first day back to school on August 27, the Renaissance program put together a  day-long back-to-school bash for senior high students. It was a fun way to get to know everyone and welcome the students back from summer break.

The event took place in the auditorium and gym. It was planned by Renaissance students and advisers Mrs. Allison Stinson and Ms. Carrie Clippard.

The event drew on several inspirations.

“The idea came from a few places – other teachers and administration, our own students, even. We knew we could do everything we are required to do, like hand out LOTY forms, schedules, and locker info. On top of that, we could build a more cohesive and caring student community,” said Ms. Clippard.

High School Principal Mr. Richard Schreier admitted he was was a little nervous at first, but soon after the planning process was over he felt better about the bash.

“During the planning phases I was a little apprehensive not knowing how it was going to turn out and all the planning that had to go with it to make it successful,” He said.  “So I was a little scared before it started, but I was happy with the way it turned out. I think that we accomplished a lot of our goals; we were able to get a lot of the beginning of the year meetings done in that first day and still have some fun and welcome the students, to have a first day that’s memorable that would want kids to come back to school.”

Mr. Schreier felt like the students enjoyed the activities, and said there was little he would change if the vent went down again in the future.

“There’s always things when you reflect back and look we could have done some things better,” he said. “If the weather would have cooperated, I think we would’ve had a better time enjoying the day because the gym got pretty hot and the activities were pretty much limited. Had we been able to go outside, I think we would have been spread out and have a little bit more opportunity to get together in groups and play different games and walk on the track.”

For their part, students were satisfied with the day.

“I liked it. I felt more comfortable and less stressed out when we came back the next day for the first normal day,”  freshman Layla Kurtz replied.

Ms. Clippard believes that students would rather do the back to school bash then just a typical day, especially the ninth graders.

“I feel like if you asked the students which they preferred – our ‘typical’ first day or our first day this yea – the majority would respond that this year was better. I think it had something every kid would like to learn,” Ms. Clippard said. “I think ninth graders probably benefited the most from it being split into teams with upperclassmen. In addition, we were able to lay out a foundation of expectations for students’ behavior, such as having respect for those different than ourselves, getting to know new people, and living lives filled with integrity. The goal was to challenge kids to make this year better by being better humans. We got a good start to that.”

Mrs. Stinson said a summer conference she and Ms. Clippard attended helped provide some of the inspiration for the bash.

“Ms. Clippard and I had the opportunity to go to the Jostens Renaissance National  Conference and hear first-hand accounts about how important it is to bring excitement to the first day of school,” she said. “We know that students and staffulty are all excited about the first day and we wanted to create a day to have fun and set the tone for the entire school year.”

B-A students said that much was accomplished.

“I thought it was a fun idea and a good way for everyone to meet new people. The gym games were my favorite,” Olivia Musselman said.