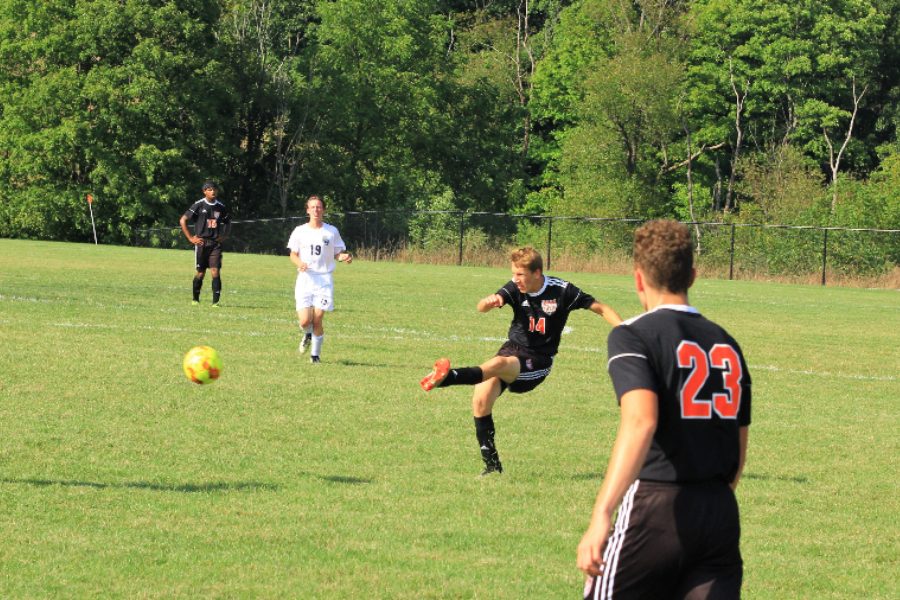 Brendan Andrews and the soccer team improved to 2-1 with a win over Penns Valley.

Experience proved to be the x-factor for the Golden Eagles, as all 5 goals were scored by seniors.

Corey Johnston scored 2 goals, and added an assist, along with 2 more from Daniel Parker.

Nick Vasbinder also netted a goal to put the total at five for the game.

The Golden Eagles improved to a record of 2-1, and look to keep their hopes of winning the Mountain League alive.

“It’s very important to keep winning our games against teams in our league because its always our goal to be the conference champions at the end of the year,” said Corey Johnston.