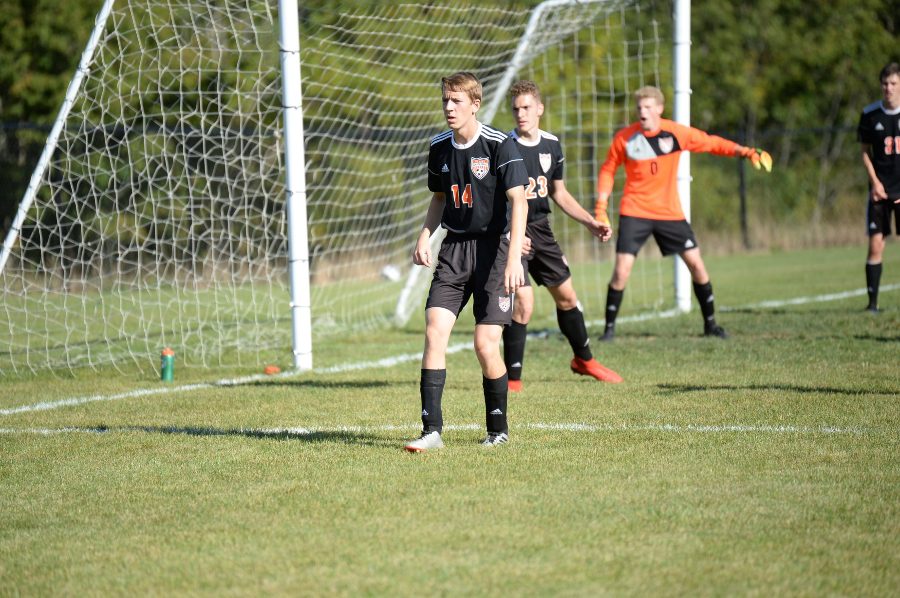 Defense, Defense, Defense, was the story in Tuesday nights marquee Mountain League soccer match up at War Vets Field, between the BA-Tyrone co-op soccer team, and Huntington.  Neither team was able to get in the scoring column, and the game ended in a 0-0 tie.

“We played defense the whole game,” leading scorer Corey Johnston. “They played kick-and-run, so it seemed like we were always chasing. We didn’t have time to settle in. We only had three or four shots all game.”

Goal keeper Alex Roberts didn’t get many chances to stop shots either, but he did block one on a penalty kick in the first half.

The Huntington Bearcats came into the game with an undefeated record of 6-0 and the co-op soccer team was able to give them their first blemish of the season, making their record 6-0-1. and improving the Tyrone/B-A record to 3-3-1.

“I’m happy we fought hard in the game,” said Coach Alex Bartlett. “I finally saw guys working hard to do the right things and giving a fair amount of effort. Obviously we wanted to win, but a tie right now will suffice. Once we start finishing the soccer ball I believe we can beat that team when we see them again.”