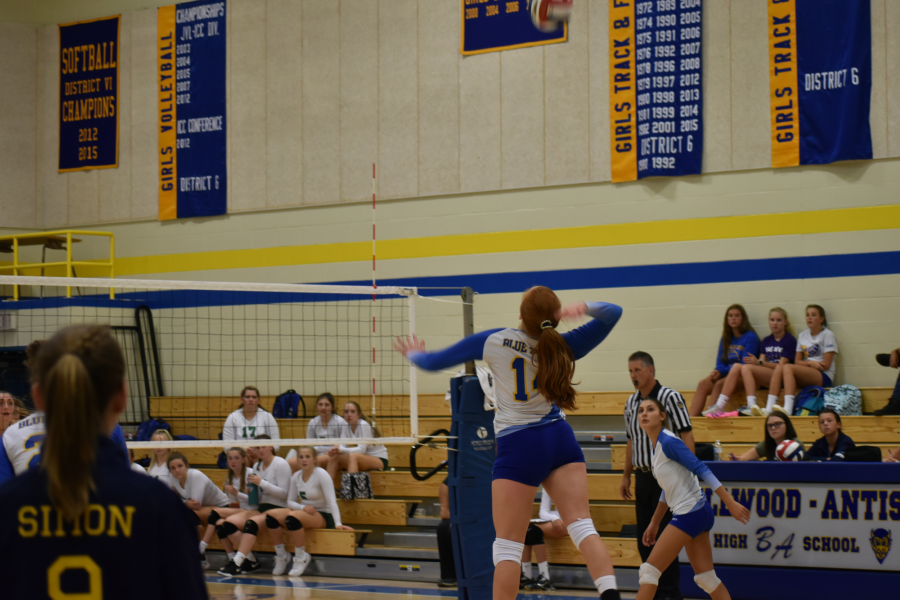 The Patriots vs Falcons in Super Bowl LI, the Cubs vs Indians in the 2016 World Series, The Cavaliers vs The Warriors in the 2016 NBA Finals, and the 2019 Bellwood-Antis Lady Blue Devils volleyball team against Glendale.

There’s not a person in America who doesn’t love the good ole sports comeback story.

After losing the first two sets, both by a score of 19-25, the Lady Devils came together to rally from behind and win three straights sets to secure an Inter County Conference victory over the Glendale Lady Vikings.

The Lady Devils came into the game with a 4-6 record, and fresh off a win that snapped their two-game losing streak, and they expect to keep the train rolling in hopes up securing a playoff spot.

Seniors Sydney Lechner, and Sakeria Haralson stepped into those “senior leader” roles Tuesday night, as Sydney led the team in assists, with 30, and aces, with 4.

Sakeria also had a career game, with 19 kills, 12 digs, and 13 blocks, leading the team in all three categories.

The Lady Blue Devils will face-off against ICC power house West Branch at home on Thursday, and they look to even their record at .500.