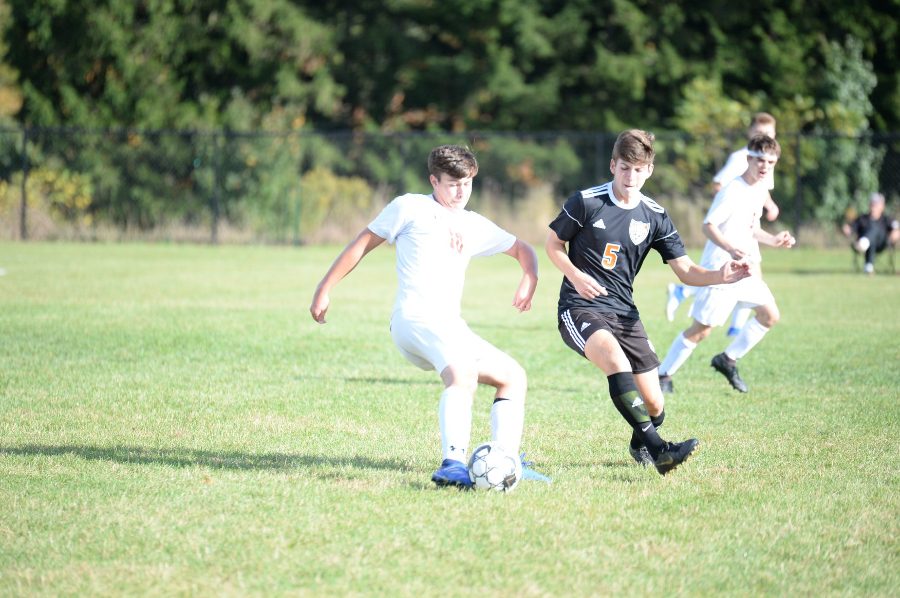 Corey Johnston had five goals in the soccer team's win over Bellefonte.

There’s a reason B-A senior Corey Johnston was named the 2018 Mountain League MVP, and he proved that yesterday in a 5-3 victory over Bellefonte in Tyrone when he scored all five goals for the Tyrone/Belllwood-Antis co-op soccer team.

“It was a big win for us, a win we wanted to have,” said Coach Alex Bartlett. “We had a lot of players step up for us and contribute. Corey scored five goals, and in addition we had a great team performance where everyone was doing the right things and playing together.”

The B-A/Tyrone co-op soccer team improves to 5-8-1 with two regular season games left, and hoping to make a playoff push.

“It feels good to win a game like this because it puts us back on track to keep on winning,” said Johnston. “A game like this is a confidence boost and gives us momentum for our next three games.”

Johnston went into yesterday needing seven goals to secure the team’s all-time scoring record, and with two regular season games left, he looks to get it done, now only needing two goals.

“It honestly hasn’t hit me yet that I’m close to breaking it, but I am just taking it one game at a time,” said Johnston.

However, Johnston is more focused on getting into the playoffs.

“We need to have a .500 record or better to make playoffs, and right now we are 5-5 in the Mountain League,” Johnston said.

The Lady Blue Devils improved to 6-7, and will play host to Claysburg Kimmel on Thursday night.