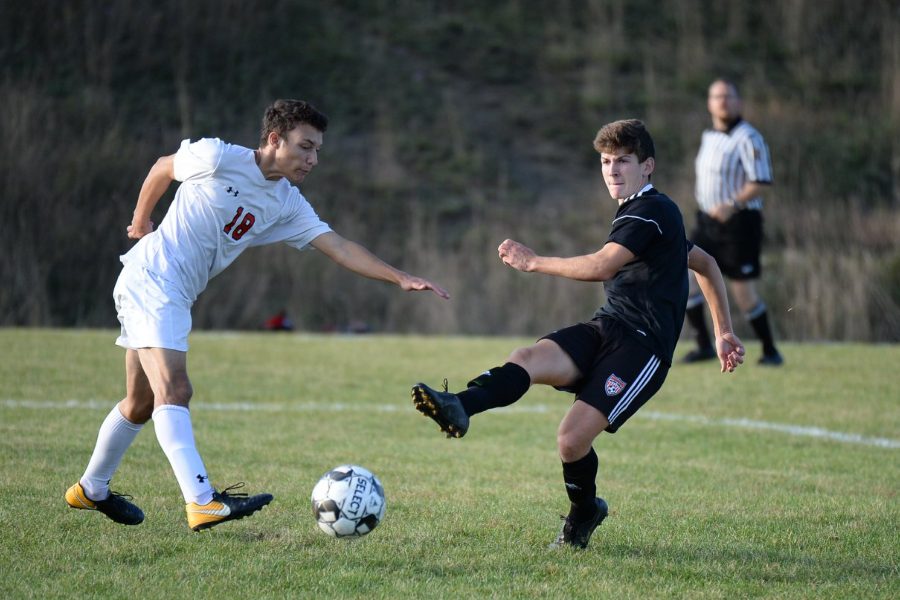 Corey Johnston tied a Bellwood-Alumnus at the top of the co-op soccer team's all-time scoring list.

Fifty-five goals is the school record for the Tyrone/Bellwood-Antis co-op soccer team, and B-A senior Corey Johnston is now tied with that following a massive 1-0 Mountain League win over Bald Eagle Area.

Johnston scored the team’s lone goal in the second half, tying 2016 Bellwood-Antis alumnus Noah D’Angelo atop the program’s scoring list.

Senior Goalkeeper Alex Roberts secured the shutout, and he looks to keep playing tough heading into the playoffs.

“There were a few close calls, but for the majority of the game we dominated possession-wise, which made my job easy. So I’m proud of the defense for keeping out their offense,” said Roberts.
VOLLEYBALL TEAM EVENS RECORD
The Bellwood-Antis Lady Blue Devils volleyball team has been on a roll lately, winning its match Thursday night against Claysburg Kimmel by way of sweep.

The Lady Blue Devils lost to Claysburg earlier in the season, and were able to get a very big win, pushing their record to 7-7 in a late playoff push. It was B-A’s third consecutive victory.

Sakeria Haralson led the team with 19 kills, while Sydney Lechner continued her assent up the record book with 34 assists. She is on pace to break the B-A record for assists in a career.