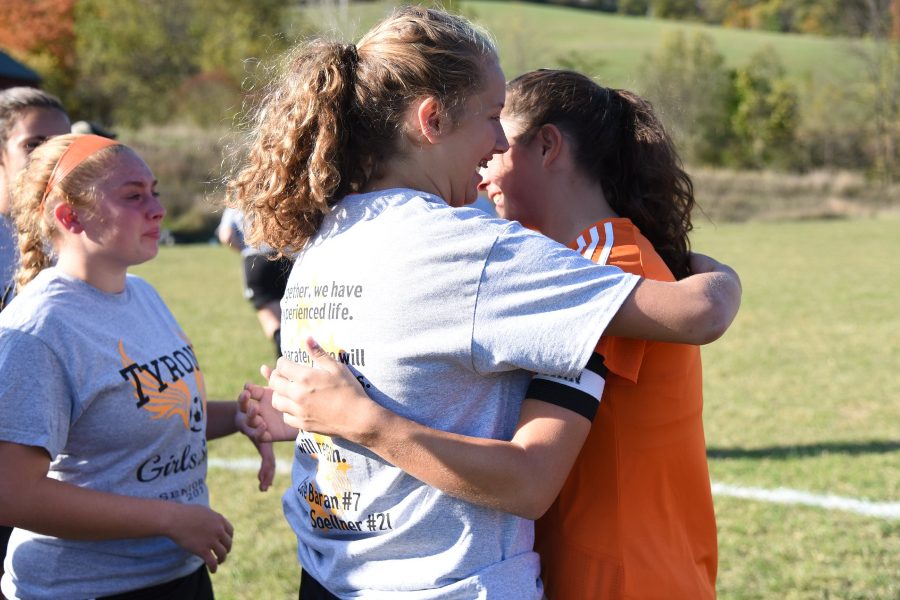 The Bellwood-Antis lady Blue Devils volleyball team improved to a record of 8-8 after a convincing sweep against ICC opponent Mo Valley, by scores of 25-8, 25-18, 25-13.

B-A’s seniors are really picking it up late in the season as they attempt to make a late playoff push. Currently the Lady Devils are four games out of the final spot but could move up rapidly with wins over the final two weeks of the season.

Senior setter Sydney Lechner lead the Lady Blue Devils in Assists, with 20, while also showing her serving skills by serving up 5 aces.

Senior Sakeria Haralson was dominant in the middle while she had 11 kills, and 5 blocks.

The Lady Devils are heading into an ICC match against Mt Union on Thursday night.
GIRLS SOCCER FALLS TO CENTRAL
The Tyrone/B-A co-op ladies soccer team suffered a heart-breaking loss in the final minute of the Mountain League soccer action against Central by a score of 3-2.

They will head to Huntington to face off against the Lady Bearcats on Thursday night.