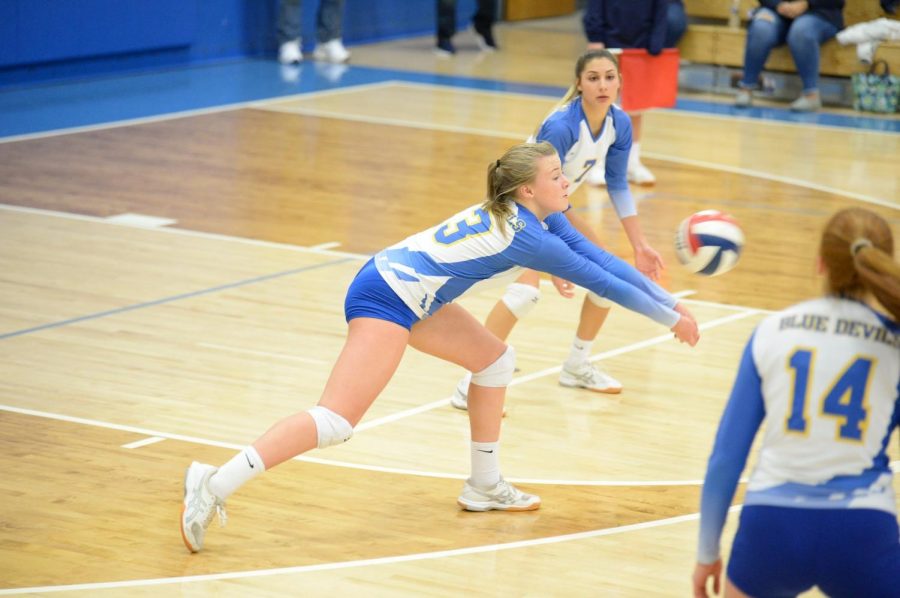 B-A improved to 10-9 and will play at undefeated Central Cambria tonight in the District 6 Class AA quarterfinals. The Lady Red Devils are the No. 2 seed behind Bald Eagle Area.

For much of the year, B-A’s seniors have been doing a lot of the damage for the team, and Monday was no different.

Senior Sakeria Haralson was fired up and led the Lady Devils, with 20 kills, and 21 blocks.  Alongside Sakeria, senior Sydney Lechner found a way to get almost everyone involved, as she had 36 assists.

The difference between the first round win, and a couple of the close losses that the Lady Devils suffered this year, is that B-A got some production from its youngsters.

Should the Lady Devils win they will advance to the District 6 2A semifinals against the winner of tonight’s game between No. 3 Cambria Heights and No. 6 Tyrone.