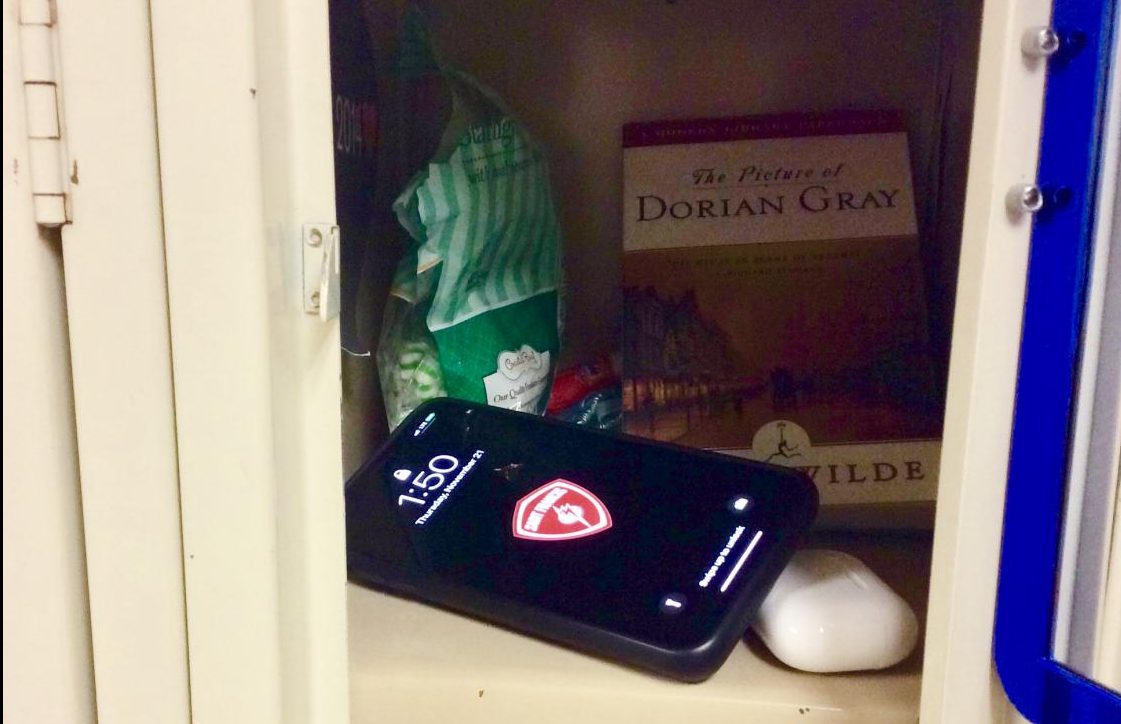 Bellwood has taken steps to use screens less.

People like being on their phones. It’s a great way to pass time when you’re bored.

However, studies from 2017 have shown that 210 million people are thought to suffer from internet addiction.

“I do think that most of our students are addicted to their phones,” said Bellwood-Antis Superintendent Dr. Thomas McInroy.

Students’ inability to put down their tech devices led Bellwood-Antis to cut down the screen time on their phones. Students have now put their phones down for the majority of the day to decrease the distraction of cell phones.

“I think that decreasing even a little bit of screen time goes a long way. Every little decrease helps,” said Dr. McInroy.

The only time students can now legally have their phones while in school is at lunch.

Many high school teachers are happy about the phone rule. Over 200 studies show that screen time has caused ADHD, screen addiction, increased aggression, depression, anxiety, and even psychosis.

“I have received numerous comments from teachers about the increase in attention levels of their students,”said high school principal Mr. Richard Scherier. “I think addicted is a strong word. I believe that students and adults are very dependent of their phones.”

Students have mixed emotions about tech-free days. Where iPads are concerned, students would be fine with decreased use in school.

“I don’t really like ipads. I think it’s a lot more time consuming. I would rather use paper and pencil because my iPad doesn’t stay charged and it is slow. Paper and pencil is a lot quicker,” said senior Macy Decker.

“I like the ability to communicate with classes through Google Classroom. However, I would rather use paper and pencil because for me it makes it easier to check all the students’ work,” said math teacher Mrs. Dawn Frank.

“A lot of my class … is computer design. We go back and forth a lot with iPads and laptop. It all depends on the grade level,” said another teacher at Bellwood.

Ninth grade science teacher Mr. Jon Goodman, however, sees both sides. “If my students are triangulating the position of earthquakes, a pencil works best. If they are completing a weekly quiz then posting it to Google Classroom works well,” said Goodman.

Decreasing students’ daily phone usage is a different story. Most students would like to see a return to the old phone rule, which allowed phones in the media center and even study halls and classrooms at teacher discretion.

Some students, like junior Landon Bungo, feel that everyone shouldn’t suffer because of a few people breaking rules.

“I feel it’s not fair because it’s not right to have a privilege for so long and then suddenly take it away,” said freshman Hannah Regan.

Other student feel like the phones could be used for school work or activities.

“Student should be able to have their phones in school. They could be used for online activities,” said sophomore Jaidyn McCracken.

A lot of student worry about their phone during the day because of not having it with them.

“I pay for my own phone and I worry about if it is still in my locker or not,” said Bungo.

“I would like to have it on me during school, so I wouldn’t be worried all day about my phone,” said Jaidyn McCracken.