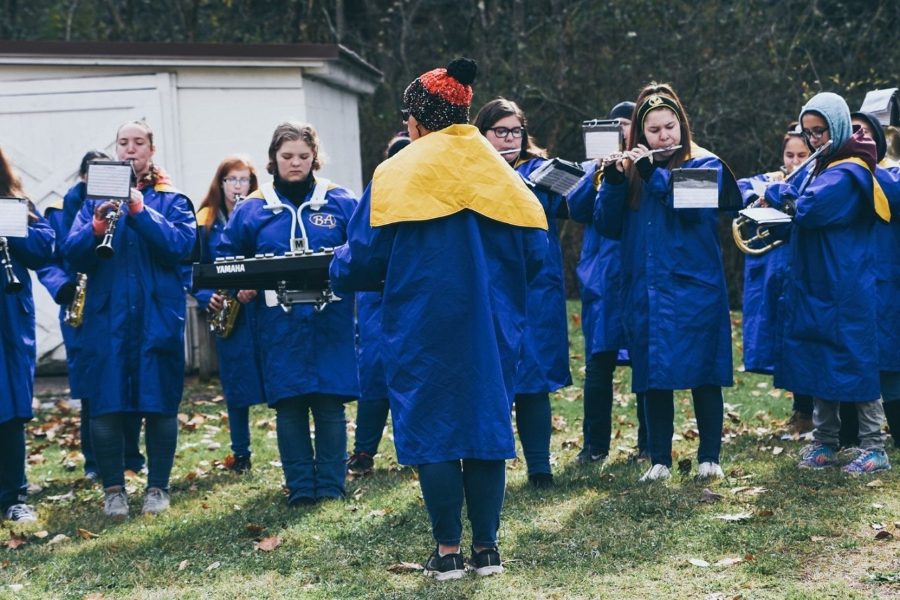 The BA band playing their hearts out for the Vets.

Right or wrong, for most teens these days Veterans Day is just another day off and a chance to sleep in; but not for the Bellwood-Antis marching band.

Instead of spending last Monday sleeping, the band got up and went to the annual Sweat for Vets race to show their respect towards Veterans.

Sweat for Vets is a rugged trail race that raises money that goes to local Veterans. It includes both 5K and 10K courses, as well as a division for kids.

The B-A marching band performed a salute to the different armed forces branches, along with classic rock songs at the start and finish lines of the race.

The marching band was more than happy to show their gratitude towards the veterans. Band director Mr. Pat Sachse said they were also thrilled to cheer on and motivate percussionist Autumn Petrilla as she crossed the finish line, and donated her time, money, and day off to Veterans in our area.

“The band members were so excited for the opportunity to play for quite an event, and are eager to return in the future,” said Mr. Sachse.