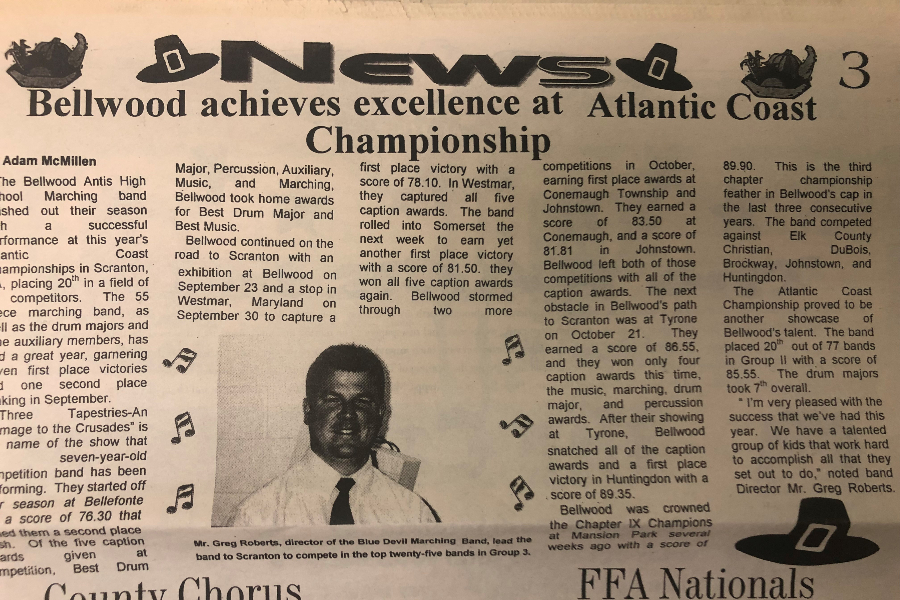 The Bellwood-Antis band had a dominant season on the competition circuit 19 years ago.

Nineteen years ago, the Bellwood-Antis High School Marching Band finished out their season with a successful performance at the Atlantic Coast Championships in Scranton, PA. They placed 20th out of seventy-seven competitors.

The marching band placed first at seven competitions that season.

The band performed “Three Tapestries-An Homage to the Crusades.” They started off their season at Bellefonte with a score of 76.30; which earned them a second place finish. There were five captiion awards given at the competition. Of those five, two awards went to Bellwood including Best Drum Major, and Best Music.

Bellwood then was crowned the Chapter Nine Champions at Mansion Park with a score of 89.90. It was B-A’s third Chpater championship since out of three seasons.

The director 19 years ago was Mr. Greg Roberts.