ATHLETE OF THE WEEK: Trevor Miller 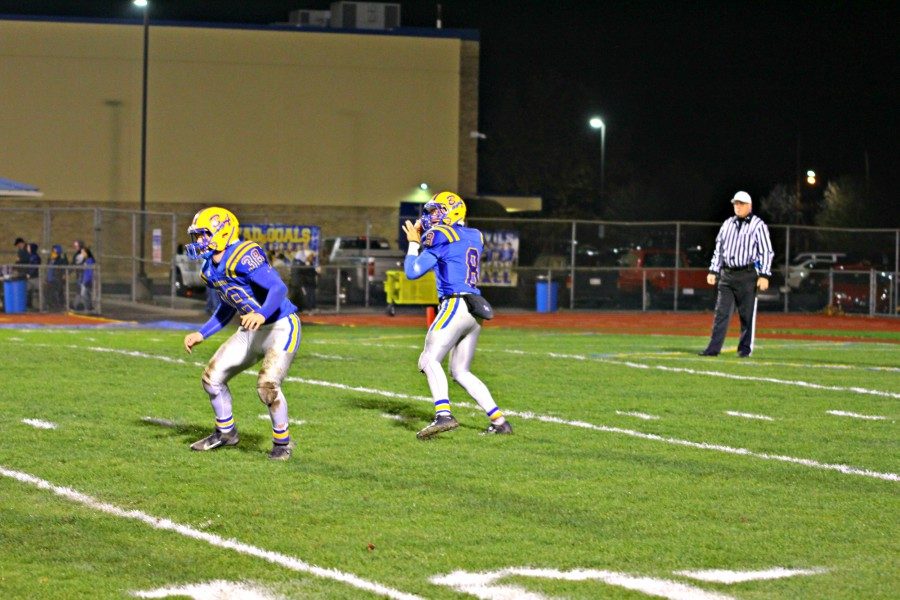 The Blue Devils’ football season was one to remember.

With an undefeated regular season the Blue Devils made a run at the District 6 2A championship but sadly fell short in the semifinals to Ligonier Valley.

The pass game was working well for the Blue Devils in Saturday’s game. Senior quarterback Trevor Miller threw for 191 yards with 11 completions. Two of the three touchdowns scored on Saturday were passing touchdowns, including an 11-yard TD pass to Owen Shedlock, and a 65-yard TD pass to Zach Mallon.

The B-A Blueprint has named Miller Athlete of the Week for his outstanding efforts in last week’s game.

This season Miller threw for a total of 1,370 yards with 15 touchdowns, and averaged 114 yards per game.

“This season was definitely one to remember, I made a lot of memories with my brothers out on the field,” he said. “I couldn’t have asked for a better senior season.”

Miller has been a part of the Blue Devil football program since he was in the seventh grade and has been a key player and leader in every level of football he’s played.

“I thought Trevor had a great season for being a first year starter at such a demanding position,”said Coach Nick Lovrich.  “A lot of people had questions on how he would replace Shawn Wolfe and I thought he stepped into the role without any issues. He was the general in the offensive huddle and did a great job stepping up and throwing the football.  His effort in off season workouts and all of our practices this year were outstanding. He was a leader not only by being the QB, but also by his actions. It was great seeing him have such an outstanding season this year.”

This year’s senior class has had many accomplishments in their varsity careers, one being that they never lost a conference game. With this came yet another year where the Blue Devils have won the ICC.

The BluePrint wishes Trevor, and the rest of the football team the best of luck with their upcoming winter and spring sports.