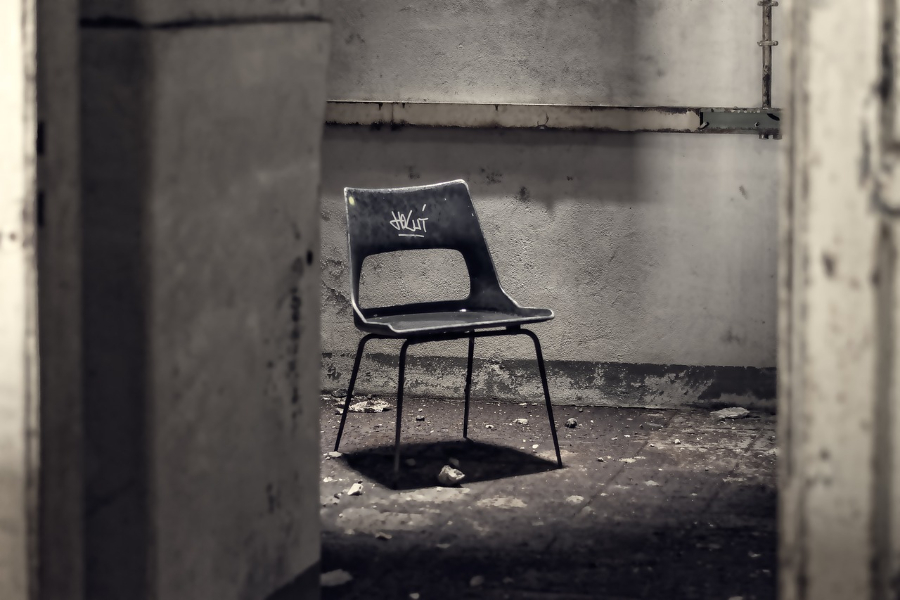 The Cure, chapter 3 is out!

The interrogation lamp is blinding me.

I lay my head back so it’s dangling off the back of the chair and stare at the white tile ceiling of the police station. I close my burning eyes and listen to the humming of hot air blowing through the vents.

“You have to help me, Cassie.”

My eyes peel open and I turn slowly to gape at the familiar voice behind me. And standing there, in all her beauty and grace, is my now deceased older sister.

“Mack,” I whisper, eyes bulging. I rise from my wooden chair and stumble, almost knocking it over.

“I need you to listen to me very carefully,” she cautions as she steps closer to me. She doesn’t even resemble the sister I knew. Her hair is disheveled, her makeup is ruined, mascara running down her perfect complexion, her white flowing dress is ripped to shreds, rags hanging from her flawless physique. Almost as if she’s just rolled out of a grave.

“Oh my…” I can feel tears beginning to form. “How are you….what are you.…” I can’t seem to form a coherent thought.

“No time for questions, baby sister. I don’t know how much longer we have.”

“You can’t change what happened to me, Cass. But you have to stop the people who did this.”

“But it wasn’t, and for that I’m grateful,” she smiles, and then her eyes go dark. “They’re not done, Cassie. I won’t be the last.”

“There are things I never told you. Things I wanted to protect you from. But it’s too late now.”

“What are you talking about? Mack, I don’t understand.”

“Find the Allen’s. They’ll help you. They’ll know what to do.”

“Time is running out. Take Ken with you. He is your best asset. He’ll do whatever it takes. Trust no one else.”

“Ken? What does Ken have to do with anything–”

“Mr. Moore will be your guardian. He won’t let anything happen to you.”

“Mr Moore?” I shake my head in confusion. “The calculus teacher?”

“Tell him “the earth is quiet here”. He’ll know what that means.”

“What does that mean? Mack–”

“You were the best thing I ever did, Cassie. I need you to know that.” She holds my face in her hands as tears fall from every angle. “Fix my mistake. Right my wrongs.”

“Mack, wait,” I plead and hold her hands tighter to my face.

“Find the people responsible for separating us,” she lifts my face to hers and her icy blue eyes pierce through mine. “Or suffer the same fate.”

I gasp and pant like I’ve never felt air in my lungs before as I bolt upright in my creaky wooden chair. I’m puffing air in and out when I notice I have an audience.

“Ms. Wilthrop?” the man in the uniform eyes me up and down. Officer Hernandez. He’s suddenly sitting across from me with a stack of papers laying on the desk in a manilla folder. “Are you alright?”

“Can I get you anything to drink? A water, soda…”

“Sorry we kept you waiting for so long,” he beams at me. “At least you got a little nap out of it.”

“Quite intensely, actually. Kind of seemed like you were having a nightmare.”

The stinging sensation in my eyes is back. “Do you have to have that on?” I ask as I shield my eyes with my hand.

“Oh, my apologies,” he says as he turns the dial on the lamp and the light goes away along with my pounding headache. He looks friendlier than he did at school. “A lot brighter than in the movies, huh?”

“Where’s Ken?” I twist and turn in my chair.

“He’s not far. Just in the other room, right next door. Officer Bailey is taking very good care of him,” he gives me another warm smile. “Mind if I ask you a few questions?”

“Do I need a lawyer?” I feel my pulse increasing as my lungs fill with panic.

“You’re not in trouble, Ms. Wilthrop,” he looks sympathetically at me. “I know this is hard. I just want to ask you and your friend a few questions, being that your sister reportedly didn’t have many friends and you were the two people closest to her.”

I start twisting my bracelet around my wrist and playing with the charms. “Doesn’t an adult have to be present if I’m being questioned?”

“Do you have one?” he cocks his head.

I raise an eyebrow. “Touche.”

He folds his hands in front of him on the table. “When was the last time you saw Mackenzie Wilthrop?”

“That morning,” I swallow. “Before she was…found.”

He nods, understanding my unwillingness to go on. “Does anyone or has anyone in your family at this time or previously had any issues with drugs, alcohol, etcetera?”

“Anyone in your household?”

“Not to mention, she also worked in a hospital. So Mackenzie did have access to such items at all times?”

“Look!” I exclaim. “Whatever messed up story you have to tell me about what drugs can do to you and what drug addicts look like, I already know it. I’ve seen it. I’ve lived it. And there is nothing you’re going to tell me about my sister that I don’t already know. But know this: she did not overdose. She did not put anything in her body that would decrease her chances of being able to take care of me.”

“I understand that you–”

“She was the only family I had left,” I close my eyes as tears begin to fall. “We were all we had.”

Officer Hernandez takes a deep breath and gives me a minute. Then he opens the manilla folder and pulls out a ziplock bag. Inside is some type of plant I’ve never seen before. “Do you know what this is?”

I eye the strange plant with a furrowed brow as I dry my swollen eyes. “What is this supposed to represent?”

He laughs at my rising irritation and points at the bag. “It’s called scopolamine.”

“Am I supposed to know what that means?” I cross my arms.

“It’s also known as Devil’s Breath,” I raise an eyebrow and he sees that I still don’t get it, so he goes on. “It’s a very fatal, very addictive drug used in a lot of hospitals for surgical processes. It’s used to prevent nausea and vomiting caused by anesthesia. It’s also used to treat certain stomach or intestinal problems, muscle spasms, and Parkinson-like conditions.”

He lets out another peal of laughter. “Trust me, it’s very different.”

“We found traces of this drug in your sister’s bloodstream the night she died.”

I stare at him wide-eyed and whisper, “What?”

“Side effects of overdosing on scopolamine are fever, warmth, vomiting, feeling restless or excited, confusion, hallucinations, weak or shallow breathing, and seizures. Mackenzie Wilthrop exhibited all of these the night she died.”

I start to shake my head furiously. “No.”

“Allow me to create a timeline for you. 8 PM, October 18th, Mackenzie leaves work, two and a half hours early, I might add. The other nurses working with her that night say she was acting differently, really strange-like. Some use the word paranoid. Say she kept babbling something about a “quiet earth” or something along those lines.”

The breath catches in my lungs. The earth is quiet here.

“She leaves the hospital, but nobody actually saw her car drive off until fifteen minutes later. What she was doing in that time is a whole other mystery.”

I try to think of what Mack could have been doing in between walking out the double doors of the hospital and getting in her car, but I’m coming up blank. The hospital is an hour away from our house, she wouldn’t even know where anything is there.

“Of all the places you could go after cutting work early, she goes to a coffee shop.”

“Well, yes. Shelly’s Lava Java,” he gives me bewildered look. “Spend a lot of time there?”

“Our parents used to take us there when we were kids. Shelly always treated us like family. When we lost my little sister, we stayed at Shelly’s almost every night.”

“Interesting,” Officer Hernandez flips open his yellow notepad and writes down Shelly’s name. “9:45 PM Mackenzie pulls up at Shelly’s. But she doesn’t get out for about five minutes. Again, weird. When she does get out, she wobbles so badly, it’s as if she’s never walked before. Highly intoxicated. Which means, not only did she take at least one drug, she also drove while under the influence, endangering the lives of everyone around her.”

“There has to be some kind of explanation for that–”

“She goes into the coffee shop for about ten minutes. We don’t know what happened once inside, we’re still waiting for the security footage. 10 PM, she comes back out of the shop and collapses in the middle of the parking lot. She doesn’t get up again. People come rushing out, one happens to be a doctor. She’s yelling about how Ms. Wilthrop is burning up and to call an ambulance. Ms. Wilthrop is very confused and starts hallucinating, talking about people that aren’t there. Then she starts seizing. Uncontrollably and for at least a minute and a half. I’m sure you can deduce what happens next.”

“I just thought you’d want to know how your sister spent her final hours. If it were me, I’d want to know.” I keep my eyes stuck to the floor. “I just have one final question for you, and then you’re free to go.”

“Why?” I gape, angry rising. “You think I had something to do with this?”

“Just trying to get the specifics. Rule out any possible chance of you becoming a suspect.”

“Ms. Wilthrop, if you just answer the question truthfully, you have entirely nothing to worry about. That’s all you have to do.”

I roll my eyes so far back in my head. I begin to think, to try to give this man my alibi. To eliminate all possible doubt of where I was the night Mack died, between 8 PM and 6 AM.

And then I give him my honest and truthful answer.

“I have absolutely no idea.”