Game On: Devil May Cry 5 Review 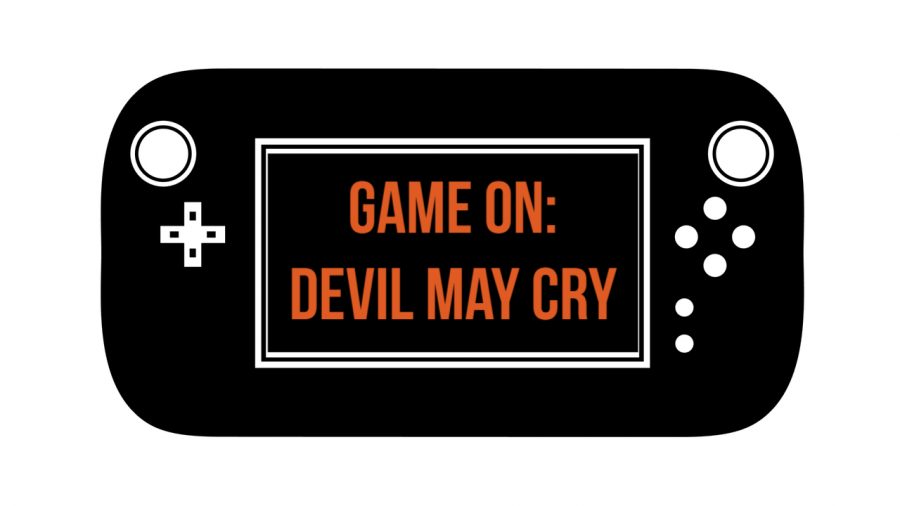 Check out Devil May Cry 5.

This game (Devil May Cry 5) is rated M for Maybe you should play this with Mommies Permission!

After the critical failure of the previous game, DMC: Devil May Cry, Capcom had decided to make at least one more game, so the series director Hideaki Itsuno came to a conclusion that this game was going to be the best, and so it was.

Let’s start with the positives, because there are a lot.

It would be criminal of me to not mention the music. The music is the best I’ve ever heard, I listen to this game soundtrack all the time. What’s neat about the music and puts it to the next level is that music improves as you build a combo. There are seven levels of the stylish meter. The stylish meter is the rating system of the game, it goes from D, being the lowest, to SSS, being the highest. As you style goes up, the music improves. My personal favorite tracks are Devil Trigger, and the King Cerberus theme. You know, the three headed dog Cerberus, king of all Cerberi, yeah him.

Since DMC is a hack and slash, it has a variety of bosses, from the big bad Urizen, to King Cerberus. Each and every boss has a unique move set that makes the game consistently enjoyable. These bosses would not be as great as they are without how well the combat flows. Since DMC encourages you to be stylish, it’s impressive how they manage to make the three characters: Nero, V, Dante, interesting to play.

Nero’s Combat is all about being fast and evasive, with his new devil breakers that help with damage towards enemies. What exactly are devil breakers? Well since Nero got his arm stolen, cause that just happens, his friend Nico helps make him prosthetic arms that go from as simple as blowing up like bombs, to stopping time.

V’s combat is all about ranged attacks with his pets, he has a bird, panther, and a strange enigma of a being called nightmare, cause any other name isn’t edgy enough. But since the bird and the panther aren’t strong enough to actually get rid of demons, V has to deal the killing blow, but Nightmare is different. Since you have to use “devil trigger,” a gauge that basically tells you when you can summon this meteor out of the sky (yes, he does that).

Dante’s Combat is all about his weapons and style. There is more style in this game than there is good Fallout games. As you beat bosses, Dante gains new toys to play with. From something as simple as a sword and twin pistols, to dual motorcycle chainsaws and a hat that shoots crystalized blood. Did I mention this game is rated M for mature? Dante also has a feature that’s called style. Style is a mode of combat that Dante uses to either protect himself, or deal some damage. He has four styles: Royal Guard, Trickster, Gunslinger, and Swordmaster. Royal Guard is a guard that builds up a meter, then you use the bar to return that blocked damage. Trickster helps you evade attacks, Swordmaster unlocks new combos for weapons, and Gunslinger unlocks new combos for your guns. Since Dante is the avatar or something, he can swap between these modes at anytime.

Each character’s combat is unique, with Dante’s being my favorite.

Bloody palace, an add-on to the base game, is a dungeon crawler where you pick one character and go 101 floors, as you go up in floors, the difficulty and enemy spawns get harder. Every twenty floors there is a boss. Some characters are better at certain boss, but they are doable. It’s a fun challenge, and provides some unique gameplay experiences.

And now, the negatives.

Besides the story mode and a unique boss rush mode called bloody palace, there isn’t much replayability besides improving your ranking on each level. V’s combat, while unique, gets stale very quickly, because you aren’t in danger, you could easily play V with one hand, it isn’t hard or exciting.

While it is still a downside and will impact my personal rating of this game. The microtransactions are not that bad for one reason: Dr. Faust. Do you remember that hat I mentioned, well that bad boy can give you the game’s currency easily. This hat also shoots the game’s currency, but if you use it right and don’t get hit, it improves the amount of money you get from enemies.

New character V doesn’t play how I like (personal preference)

While the microtransactions make me angry at the thought of it, most of them are able to be gained by playing the game, wanna get to max health? Find all the blue orb fragments (the health upgrade).

Now, while this game is a blast to listen to and play, it would be wrong of me to give it any higher than an eight. So just because of the lack of replayability and the microtransactions, this game is easily 8.5 or even 9/10.