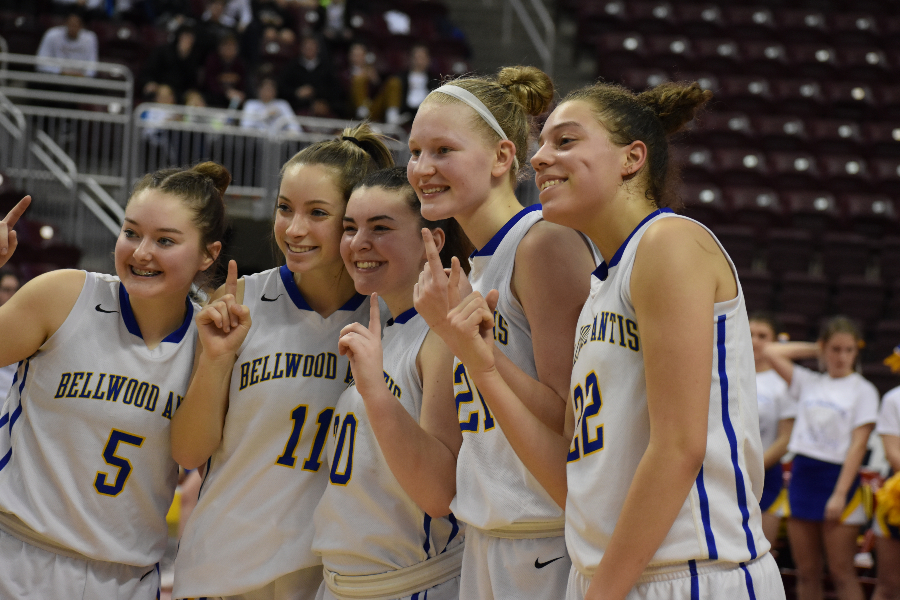 The Bellwood-Antis Lady Devils basketball team is coming into the 2019-2020 season fresh off of a District 6 championship and back to back  PIAA titles, and the pressure that has been built up over the years within the locker room to three-peat is up to an all-time high.

“There is pressure, however I think your best athletes want that pressure.  They want the challenge of beating the pressure and the satisfaction that comes with doing so,” said B-A head coach Jim Swaney.

The team finished last season with an outstanding record of 27-3, and over the past three seasons, the seniors have amassed 81 wins, putting them up there with the winning-est classes in school history.

The team returns four of five starters, losing only guard Riley D’Angelo, a thousand-point scorer who averaged 10.6 points in her season campaign, to graduation.  Despite the loss, the four returning starters are all experienced players for the Blue Devils.

“Riley D’Angelo will be very missed.  She was our best on ball defender, a very good athlete and really smart player,”  said coach Swaney.

Returning starters for the Lady Devils are guards Alli Campbell, Emilie Leidig, Macy Decker, and forward Sakeria Haralson.  Another big component coming back is senior Jaydyn Shuke, the returning sixth man for the Lady Blue Devils who will start this season.

The mixture of returners, and veterans will play a huge role for the Lady Blue Devils.  “We have a nice mix of veteran and young players though that are ready for that challenge and it is now their time to shine.” said coach Swaney.

Campbell is the second highest scorer in Bellwood History, with 2,217 points, as she averaged 29.6 points per game in her junior year and was named the 2019 AP small school player of the year in PA.

A former Gatorade PLayer of the Year, Campbell, who has already signed with Notre Dame, has herself in perfect position to become the Blair County all-time leading scorer before Christmas, but she’s more focused on a third title.

“If we put team goals first, like a state championship, along the way any personal goals will either happen or they won’t.  If we can play as many games as we can the personal goals will happen,” said Campbell.  “We are a senior-dominant team. We want to play hard to win our conference, district, and then a state title.”

There is tons of chemistry on the team, but according to Haralson, that’s a key area of improvement that will help the team succeed.

“We just need to work had to get our chemistry down,” said Sakeria.  “I think the team has big shoes to fill after the past two years, but I think we’re up to the challenge.”

The Lady Blue Devils opened the season up with a win over rival Tyrone, and are looking to use that moment throughout the holiday season, and the rest of the year. They play at home against West Branch Tuesday night.