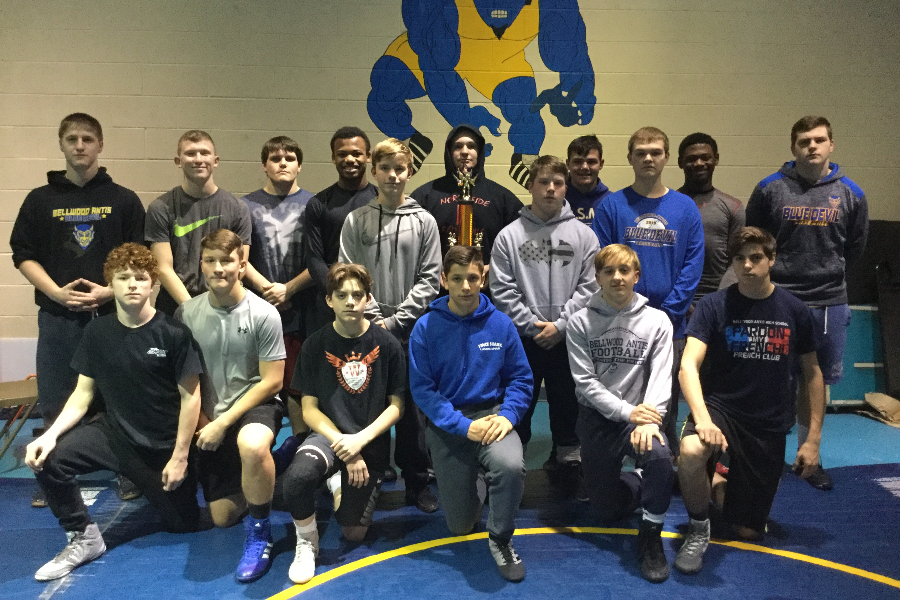 The Blue Devil wrestling team placed third in its first team tournament of the season.

The B-A wrestling team has very high expectations this year and they met them at the Babbit Duels Tournament in Blairsville last weekend by taking third place.

“I thought that we wrestled pretty well. Our experienced wrestlers looked really good and some of our younger guys won their first varsity matches,” said Coach Tim Andrekovich. “I saw a lot of things that we can build off of. Overall, it was a good start to the season and a good tournament to be part of.”

The team is back in action Wednesday against Moshannon Valley.