ARTIST OF THE WEEK 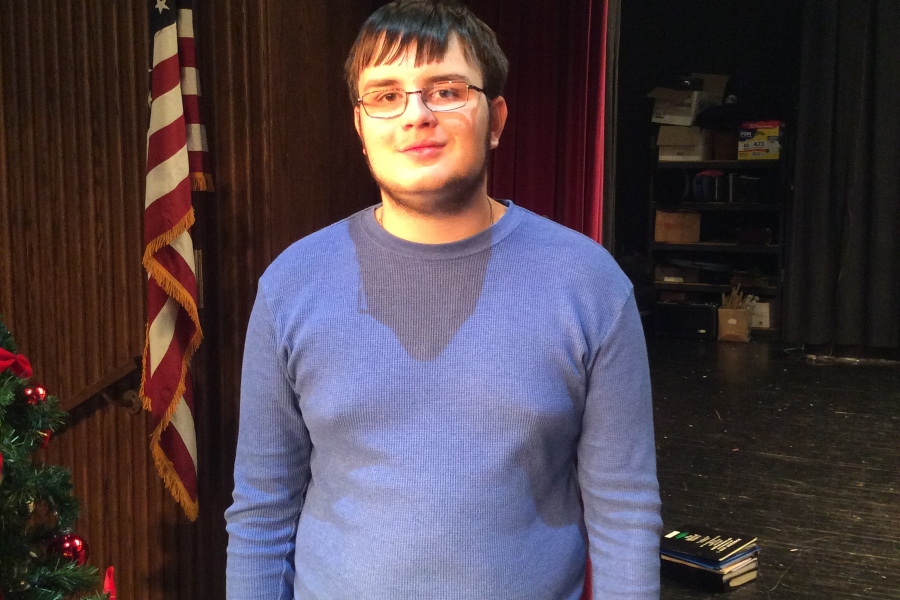 This week’s Artist of the Week is senior Philip Chamberlin, a musician working on a unique project for the concert band.

Philip plays percussion, which includes both drums and keyboards, but his biggest challenge this year is composing.

Philip is working on transcribing music from “The Legend of Zelda” video games for his senior project. The band will be performing these songs for their concert in the spring.

Philips said he started percussion in fourth grade because all his siblings had done it and he thought it looked fun.

“He has an enthusiastic attitude and is always happy to help,” said band director Mr. Patrick Sachse. “I’m very impressed with his senior project for band, which no student has attempted before.”

Philip is also in chorus, where he sings bass, and he’s a standout on the B-A scholastic scrimmage team.

Outside of band, Philip enjoys playing video games and reading. He is an officer of the National Honor Society and of French Club.