ATHLETE OF THE WEEK: Troy Walker 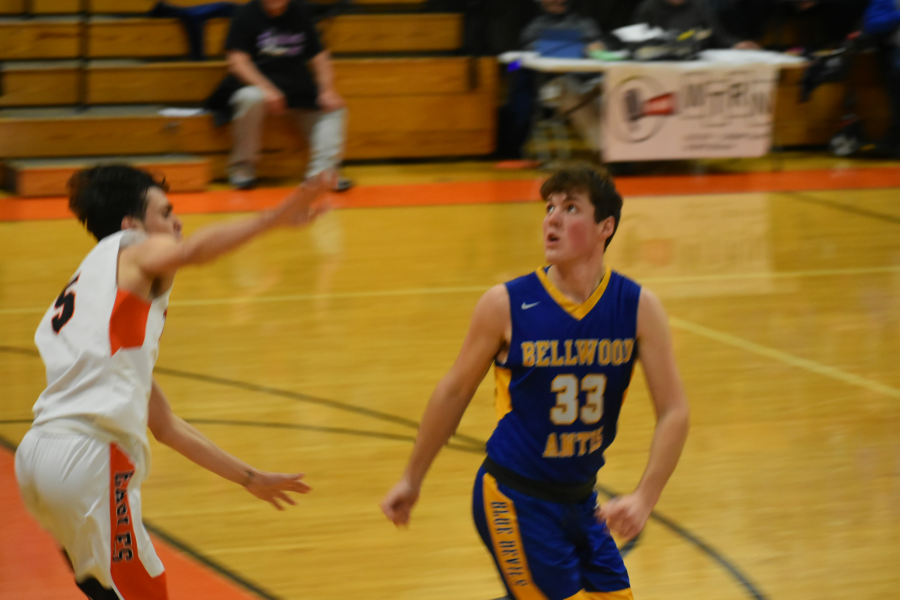 Troy Walker is in his senior season and has had basketball in his life for a long time. He started playing when he was 8 and has played varsity since his freshman year.

He plays guard. This is a very important position because he gets to handle the ball, and give his teammates good looks.

Troy enjoys to plays pickup basketball at the rec center or outside with his friends for most of the year, but if he isn’t playing basketball Troy is playing football or baseball.

Troy is having a very good year. He is averaging 13.4 points per game, 3.4 rebounds per game, 2.3 assists per game, and 3.1 steals per game. His 13.4 average is the highest of his career in which he said he had to turn into more of a scoring threat rather than a defender. He has worked to create more of his own shot.

The team is 4-5 overall and 4-0 in the ICC north.  It’s been a good start for first year coach Pat Cassidy.

” We are still on track for the other goals we set at the beginning of the year.” In regards to coach Cassidy, Troy said ” he is really pushing us to not be satisfied and to keep coming in everyday and getting better.”

The boys next game is tomorrow night at Moshannon  Valley.  Next week they are at home against Claysburg, and at Williamsburg and Southern Fulton.