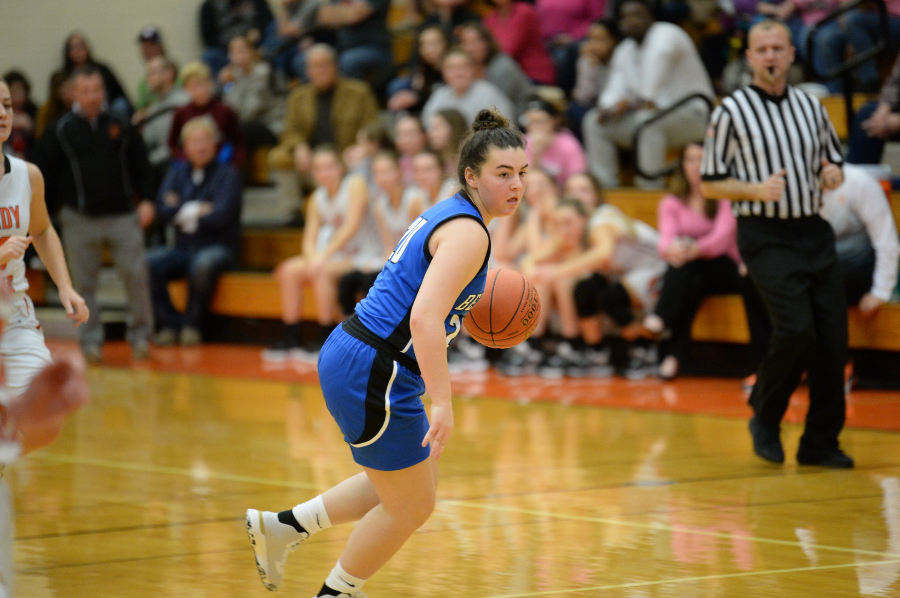 Emilie Leidig had a big offensive game to help lead BA past United.

After a tough win over ICC rival Juniata Valley, The Bellwood-Antis Lady Blue Devils basketball team had to find a way to use that momentum and grab a tough win at home against United out of the heritage conference.

It was easy, and the Lady Devils had to hold off a fierce rally late, but they managed to remain unblemished with a 61-52 victory over United at home on Tuesday.

Early in the game, it seemed like the lady devils would do more than just win a close game, as they outscored the United Lady Lions 12-3 in the first quarter.

Despite that fast start, United started to heat up in the second half, and a 20-point fourth quarter allowed them to cut the lead to just one possession.

Bellwood-Antis was led by senior Alli Campbell, who scored 25 points, and the final score didn’t really reflect how close the game was at one point, as the Lady Devils pulled away with the nine-point victory night.

The lady Blue Devils improve to 9-0, and will take on the Damsels of Moshannon Valley at home Friday night, with an early tip-off of 6:30.