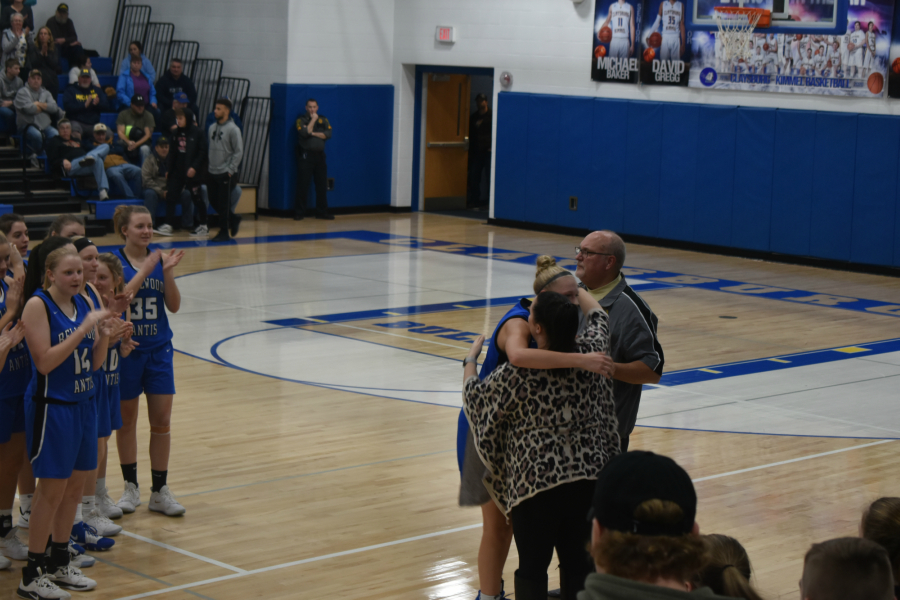 Needing four to tie and five to break the mark, Campbell set the new record by scoring off a baseline drive in the first quarter of a blowout victory at Claysburg-Kimmel.

“It means a lot to have become the Blair County scoring leader,” Campbell said. “There have been so many great players to come through this county, and to say that my name is at the top of the list is truly humbling. It’s definitely surreal.”

Campbell  has averaged 25 points in her career, along with 4.5 assists, 8 rebounds, and 4 steals which goes to show her versatility, and work ethic as a 4 year starter for a team that has only lost 11 games in the last 4 years.

Campbell finished last night’s game with 35 points to put her career total to 2,551, only 11 games into her senior season.  She flourished as a junior, leading the Lady Blue Devils to a District 6 championship and their second PIAA state championship, pouring in 882 points, which pushed her over the 2,000-points mark, an almost unprecedented number for a junior.

“It shows the type of athletes we have had playing for us over the last 10 years,” said B-A coach Jim Swaney. “Breaking the record has been a very special moment for both Karson and Alli.  Both are very dedicated and talented and have spent hours upon hours improving their basketball and athletic skills.”

Campbell signed to play next season at Notre Dame last fall and is well on her way to a 3,000-point career, which would put her close to the top with some of the best players in Pennsylvania history.

“It took hours and hours of hard work when no one was watching,” Campbell said. “But it also took success as a team and deep playoff runs, as well. “I mean it when I say it wouldn’t have been possible without my teammates and coaches.”

Coach Swaney knows the special player he has in Campbell.

“I believe Alli is the best player in the state regardless of classification. She has been a driving force in our last two state titles and will be at the front of the push for 3,” Coach Swaney said.

The Lady Blue Devils won by a score of 76-44, in front of a mostly Bellwood crowd despite the game being played at Claysburg-Kimmel High School.

The game was close until B-A erupted for a  13-1 run during the second quarter.  Emilie Leidig scored 17 points, and Sakeria Haralson added 14.

Leidig herself has a milestone in reach. She is now 21 points away from reaching 1,000 for her career.