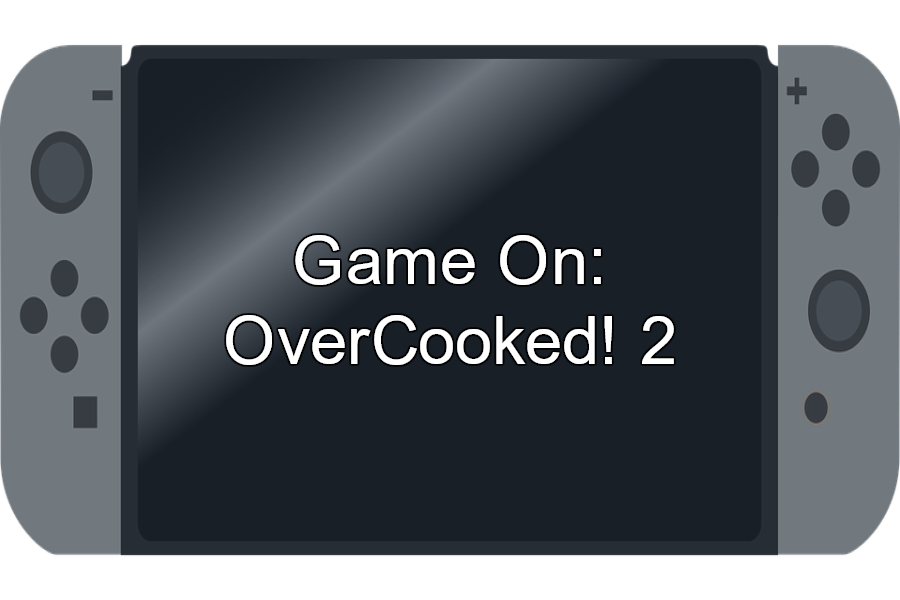 Welcome to Gordon Ramsey Simulator, the game where you cook, chop, yeet, and combine a bunch of food items to get the highest rating for a level. I’m kidding, the game’s name is Overcooked two. Overcooked 2 is a multiplayer cooperative experience that derives its fun from all of the craziness that happens through the levels. Each level brings something new to the table, beginning with a simple tutorial, to falling off a hot air balloon, into a kitchen to continue cooking for the unbread. Yes, you are feeding dead bread, that’s the story.

The story is pretty simple. You and three other cooks, which would be your friends, are gathered next to the onion king to make delicious meals from the necronomicon of cookbooks, when you accidentally raise an army of undead slices of bread (and I could not make this up). Also, Kevin the dog is there so that’s good. Your job is to feed all of the slices of bread and learn new recipes for food along the way.

The game play is where the meat and potatoes are, that’s a food pun. Since this game is played with 4 people, the game tends to block you off and force you to cooperate in awkward scenarios that wouldn’t happen in real kitchens. The game gives you the ability to throw cooking ingredients across the map, even if the food is cut into pieces. How well you do depends on how well you and your buddies can communicate the dishes that are being served, if everyone is talking over each other and can’t get a hold of themselves, you probably won’t pass the level. But if you and your buddies can stop throwing CUCUMBERS ALL OVER THE PLACE! You might win.

The game is replayable, each level has three stars depending on how well you do. If you don’t get 3 stars on a level, you can always go back and work on it with your friends. As you beat levels, you unlock new chefs. The new chefs don’t do anything special, but dressing up as a narwhal is pretty great, sadly though, you don’t chop the food with your horn.

One downside about the game is it being mainly online, if your friends don’t want to get on, or you have bad internet, or both, than playing the game gets very difficult. You can play the game without your friends, but playing with just one other person makes the game very difficult. My friend and I struggled with the third level of the game, which wasn’t that difficult. But playing alone is actually a lot of fun. You can switch between two chefs in order to cook by yourself, so you can be cutting with one chef, and serve the plate with another. Very fun, but very difficult.

Overall, Overcooked 2 isn’t a masterpiece of storytelling, and it certainly doesn’t take itself seriously. But if I couldn’t think of a cooperative game that brings more fun and chaos than Overcooked 2, and that’s why I rated a 7.5/10. Playing alone is fun, and also difficult, but the game really shines when you play with four buddies and trying not to pull your hair out because someone is cutting the lettuce.