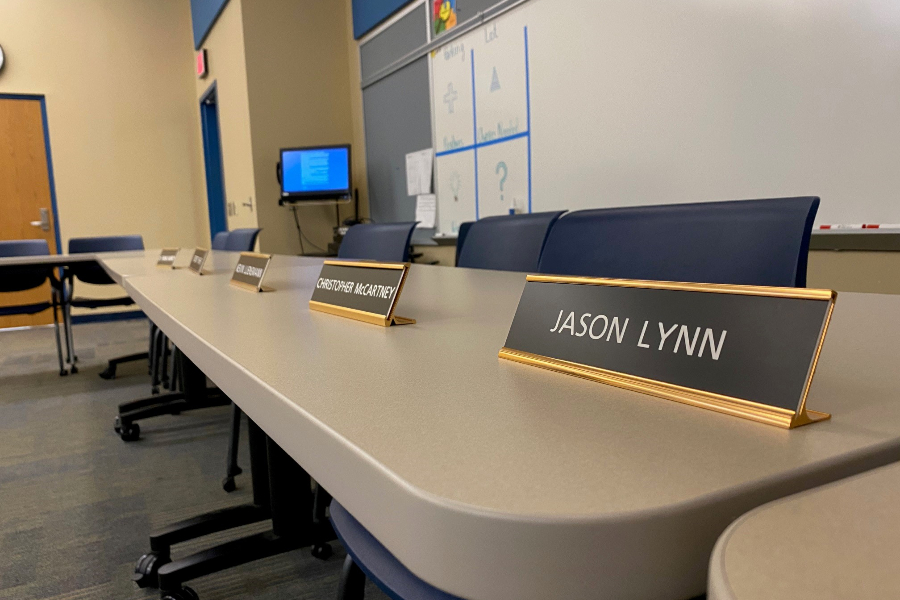 Board member Jason Lynn is on jail on multiple felony charges.

A Bellwood-Antis School Board member who has been arrested on multiple felony and misdemeanor counts will remain on the board at least in the short term, B-A superintendent Dr. Thomas McInroy said today.

The district became the center of local media attention Tuesday when reports surfaced that school board member Jason D. Lynn, 33, was arrested over the weekend and charged with drug, gun, and theft-related felony and misdemeanor counts.

According to reports police arrested Lynn Sunday after a woman who said she had borrowed Lynn’s car was pulled over in his vehicle and admitted to officers that the trunk contained criminal paraphernalia.

Lynn, who had served on the B-A board since 2017, is currently being held in Blair County Prison on a $200,000 bond; however, because he is an elected official, Dr. McInroy said, the procedures for dealing with this issue differ greatly from those governing hired employees of the district.

“The fact that he was not a employee, we really don’t have a lot of wiggle room for what we can and can’t do,” Dr. McInroy said. “If it was an employee we would conduct a hearing, and then go through a process where they can explain their side of things. They would most likely be suspended from pay until the investigation was complete. Once the investigation is complete, depending on how it went, would tell us if the employee will be retained or not.”

Dr. McInroy said that while Lynn has not been convicted, there are several ways the situation could end for the district.

“With that said, all that we can do at this time is two options. One, we could hope for a resignation from him. Two, if he misses two school board meetings (voting meetings) then he can be removed from his position by the board, and that is a statute, regardless of whether there is a conviction or not.”

Lynn’s arrest came about after police found that in the trunk was a safe and a slew of guns. Police reported three long guns, as well as a stolen Remington Model 870 shotgun. Along with multiple weapons in the vehicle, the police found materials for making methamphetamine, receipt books, a digital scale, as well as a backpack. Lynn admitted to the police he had meth and cocaine in the backpack inside the car along with more weapons. Police reported an AK-47 and a .22-caliber rifle, alongside a switchblade, 1.7 ounces of meth, and an ounce of cocaine.

Police issued a search warrant for Lynn’s house in Bellwood. There officers found more paraphernalia including a stolen handgun, a packet of suspected heroin, a cup containing meth, marijuana, pills, Suboxone, four unregistered long guns, a slew of ammo and magazines, and $2,806 in cash.

The story spread like wildfire soon after its initial release on Tuesday, when local news media as well as social media  ran with it. Reports came from local news sources like wearecentralpa.com, Altoona Mirror, Huntingdon Daily News and the Daily Herald.

The district released an official statement, saying it was in contact with the district solicitor and working through the issue.

Board member Chris McCartney echoed the district’s sentiments in a statement:

“Jason Lynn’s alleged actions do not reflect the values of the community, district, or our School Board of Directors,” McCartney said. “The district reserves the right to take appropriate action as we learn more about the charges and any possible legal ramifications.”

Board member Kevin Luensmann said the standard for running for school board is simple and would not weed out anyone based on their background.

“School board members are elected. To appear on the primary ballot an individual needs, for a district our size, ten signatures from registered members of their political party,” said Luuensmann.”