A concussion is a type of traumatic brain injury—or TBI—caused by a bump, blow, or jolt to the head or by a hit to the body that causes the head and brain to move rapidly back and forth. The sudden movement can cause the brain to bounce or twist inside of the skull, creating chemical changes in the brain or even permanently damaging brain cells.

All concussions are serious. According to UPMC Sports Medicine, any level of a concussion can be a serious medical issue that requires prompt care. To avoid repeat injury, it’s crucial to manage concussions until complete recovery

B-A football coach Nick Lovrich said his team had fewer than 10 concussions this season, which is actually a little lower than years past. Still, it’s quite a scary statistic, considering 5 of 10 concussions go unreported or undetected. 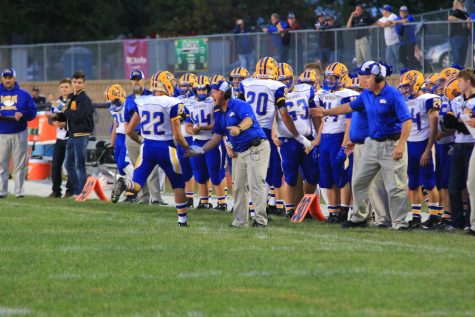 But football isn’t the only culprit. Girls’ soccer sees the second-most concussions of all high school sports. Girls’ basketball sees the third most.

Coach Lovrich and his daughter Alexis did a study on B-A athletes from 2014 to the fall of 2017 as part of a middle school science project. The study examined 450 total athletes across all sports at Bellwood-Antis and of that 450, 76 athletes were diagnosed with concussions. Of those that sustained a concussion, 27.36% received more than one, meaning that at a small Class AA school like B-A, there was a total of 140 concussions across 76 athletes.

As a result of numbers like those, which are common, schools have taken a proactive approach to prevent head injuries and concussions. In soccer that means emphasizing the basics.

“Everything starts with proper form and training. In practice, we stress how to head the ball, defending, situational awareness, proper tackling, and other forms of training. We do this so players can avoid putting themselves in concussion-possible situations,” said Coach Elder. “Playing under control and with game awareness can’t eliminate them, but can reduce the possibility of concussions.”

Coach Lovrich referred to changes in the way the football team coaches.

“We have implemented more of the hawk tackling or shoulder tackling principles, which have been shown to lessen hits to the head,” he said. “We emphasize at practice and games using the proper technique and keeping your head up when hitting.  We will even talk about technique during film sessions to reinforce the drills we do in practice.”