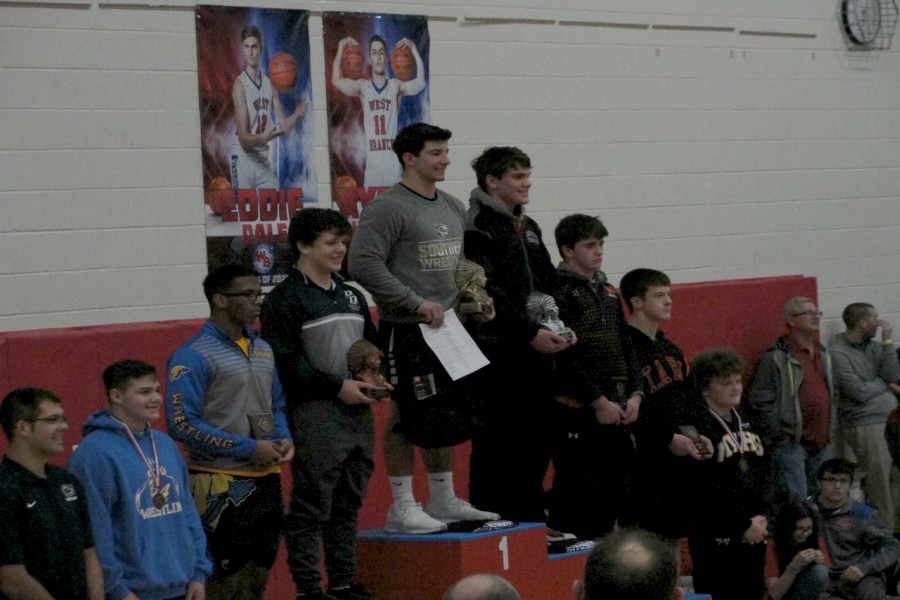 Over the weekend, the wrestling team went to the annual Ultimate Warrior tournament in West Branch where juniors Alex and Aiden Taylor, as well as sophomore Dominic Caracciolo, all placed.

Each of the wrestler who placed lost to kids who are ranked in the state.

“I was pleased with how the team wrestled in a very tough tournament. It was a barometer of where we need to be for Districts in three weeks, we have four matches left on our schedule that we would like to win too,” said Coach Andrekovich.

The teams next match is a double on Thursday against Juanita Valley and Central.