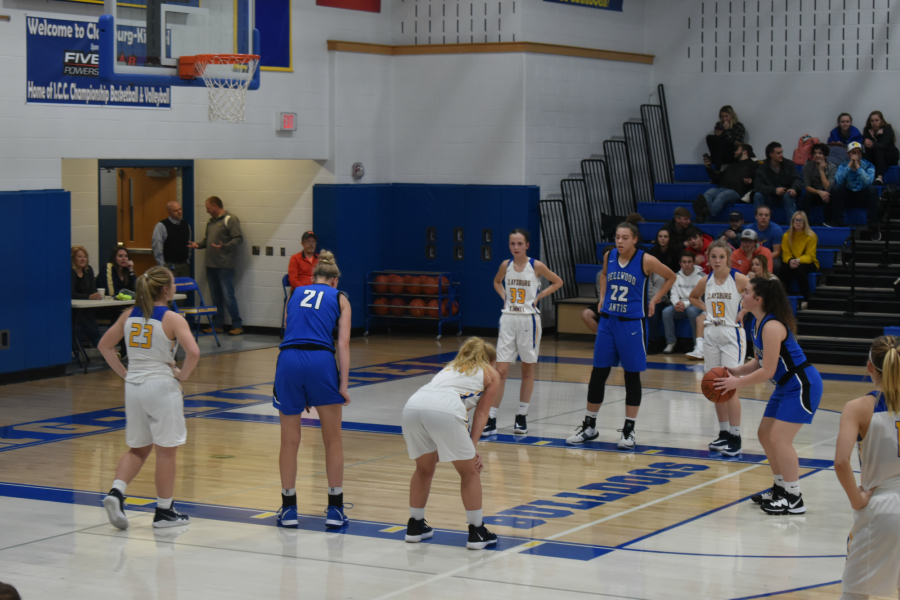 For a Bellwood-Antis team full of 3- and 4-year starters, it would be easy to look past a game like last night’s and simply look ahead to the upcoming showdown against  ICC rival Juniata Valley.

That was not the case with the Lady Blue Devils, as they walloped ICC opponent Glendale on the road by a score of 74-37, in what seemingly could’ve been a trap game.

“Obviously we had Juniata Valley in the back of our minds.  You have to take each team as they come though and focus on winning.  We are excited that we can turn around and truly focus fully on Juniata Valley now,”  said Senior Alli Campbell.

Alli  passed former Lewistown star Krista Gingrich (1994-1998), who scored 2,675 points in her time in high school.  She lead the Lady Panthers to back-to-back state championships, and she went to Duke on scholarship.

The Lady Blue Devils came out hot after scoring 30 points in the first half and pout the game away in the third quarter.

Senior Emilie Leidig added 17 points, and the Lady Devils look to stay on a roll as they head for what is shaping up to be the biggest game of the season, at Juniata Valley on Friday.
BOYS DROP ICC GAME
Last Friday the boys basketball team traveled to Mount Union to take on the Trojans in an ICC match-up.

A strong first quarter put the Blue Devils in a good spot, but they unfortunately couldn’t keep the same momentum going forward. The Trojans outscored the Blue Devils 50-33 in the second half, helping them pull away with a 76-61 victory.

Connor Gibbons led the team in scoring with 14 points, followed by Zach Miller with 13, and Trenton Pellegrino with 11.

The loss drops the boys to (6-9) on the season. Their next contest will be on Tuesday when they host Glendale.