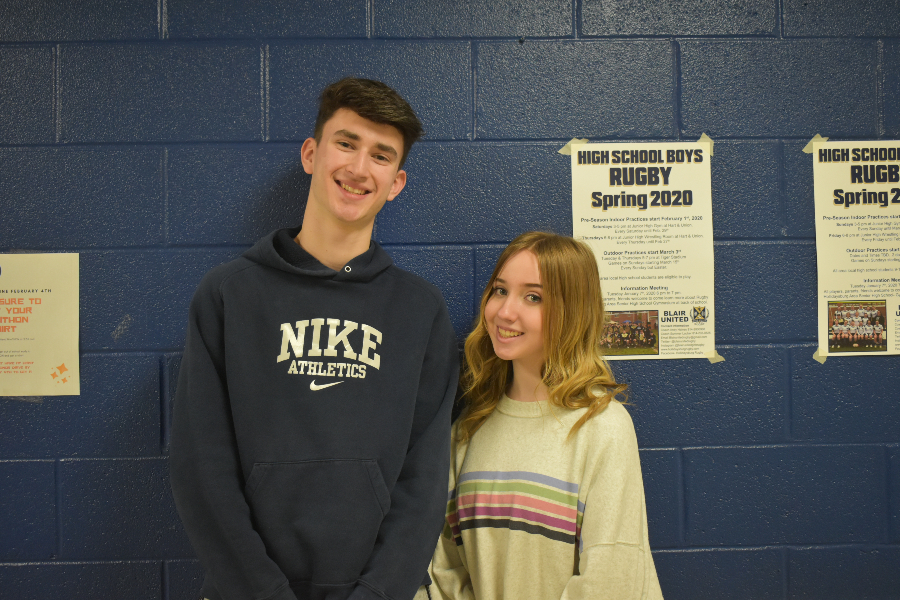 Caedon Poe and Haley Campbell each took first place at the speech team's most recent contest.

“I think they did very well considering that they didn’t practice with me too much,” said speech team coach Mrs. Sally Padula.

It was the third win of the season for Campbell, who advanced as far as nationals last year.

“Haley has worked hard all year and has gotten first place in all three meets we’ve had,” said Mrs. Padula. “Emma and Caedon have been working together to make each of their speeches stronger.”

Mrs. Padula said, “This was Caroline’s first meet of the season and she did great in a field with 22 people. Lauren competed against 16 others. I’m excited to see what happens at the state qualifying meet on February 21.”