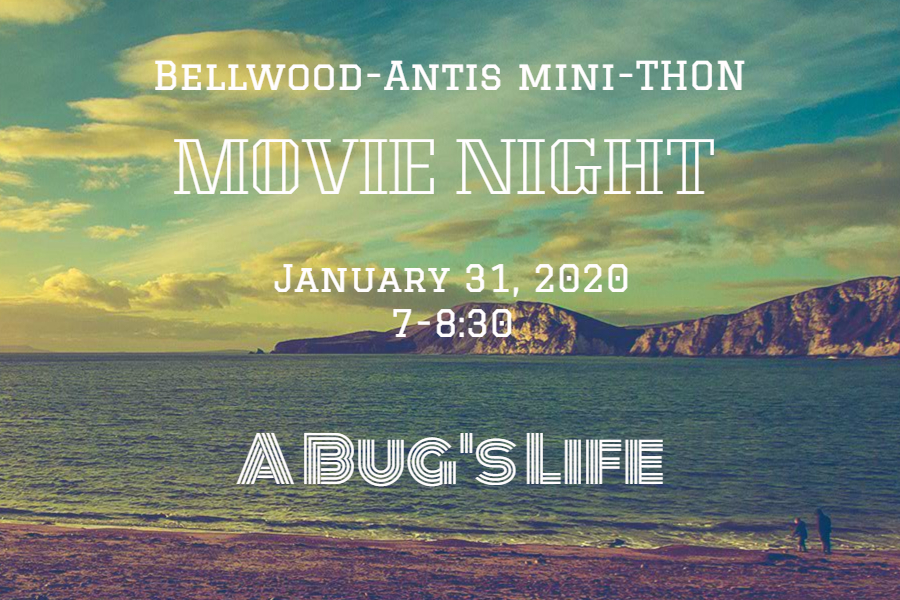 BA mini-THON will be hosting movie night tonight at 7 P.M.

The Bellwood-Antis mini-THON committee is hosting its second movie night tonight and will be playing A Bug’s Life.

A Bug’s Life is a classic kids film released in 1998 about an inventive ant who’s always messing things up for his colony. His latest mishap was destroying the food stores that were supposed to be used to pay off grasshopper Hopper. Now the strong-arming insect is demanding that the ants gather double the food — or face annihilation. To avert disaster, Flik goes on a journey to recruit fighters to defend the colony. “The movie was a hit, bringing in $363 million from the box office and a rating in at a 92% on Rotten Tomatoes.

The movie will be hosted tonight a 7 p.m. in the high school auditorium, it is expected to run until 8:30.

BA mini-THON will have refreshments, popcorn, and last year’s mini-THON tees for sale.

The first movie night was a success, with 40 attendees netting $250 in December.

According to adviser Mr. Matthew McNaul, mini-THON is ahead of last year’s fundraising pace on Donor Drive and looking to surpass 2019 total of $25,000 raised for the Four Diamonds Organization, which raises money for families dealing with childhood cancer.

“I think we’re on track,” said fundraising chair Sasha Neyman. “We’ll probably have another movie night after this and we’re looking into another restaurant fundraiser.”