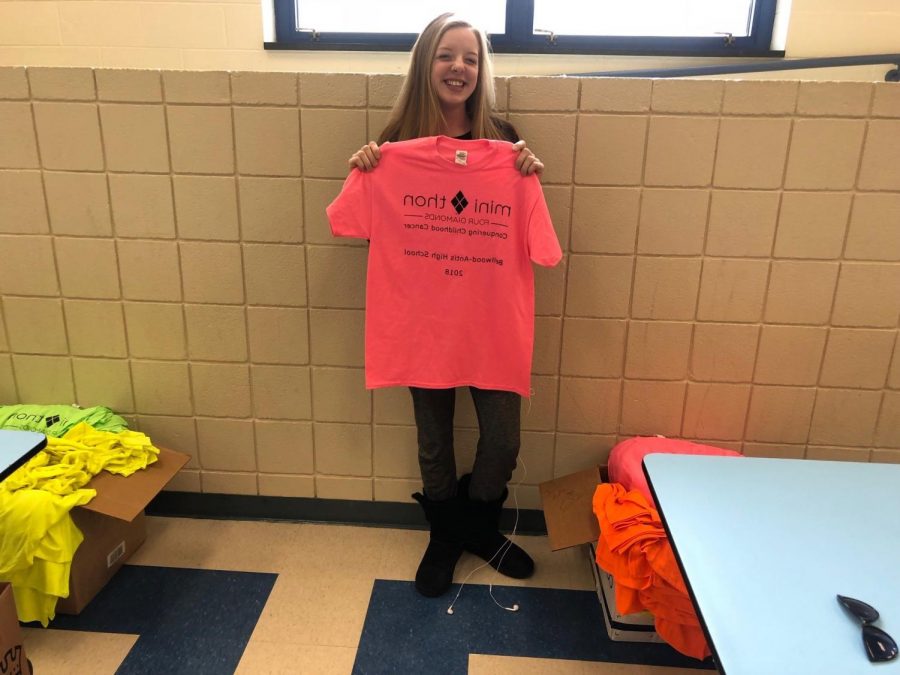 Receiving a mini-THON t-shirt has become as big a tradition at B-A as the mini-THON itself.

The mini-THON committee has extended the deadline to sign up for this month’s event and get a t-shirt in the process.

The deadline is extended till Monday, February 10.

Mini-THON adviser Mr. Matthew McNaul said the deadline was extended because the time the shirts were said to be done was a rough estimate and not definite. Because the shirts will not be ready until several days after the initial time stated, students have an extra opportunity to guarantee themselves an official mini-THON shirt.

To ensure you will receive a shirt, you must raise at least $15.

So far, 139 people have signed up for the mini-THON event on Donor Drive. Over $8,000 dollars has been raised there so far.

This will be B-A’s third mini-THON. So far, B-A students have raised more than $40,000 for the Four Diamonds Organization, which raises money for families dealing with childhood cancer.