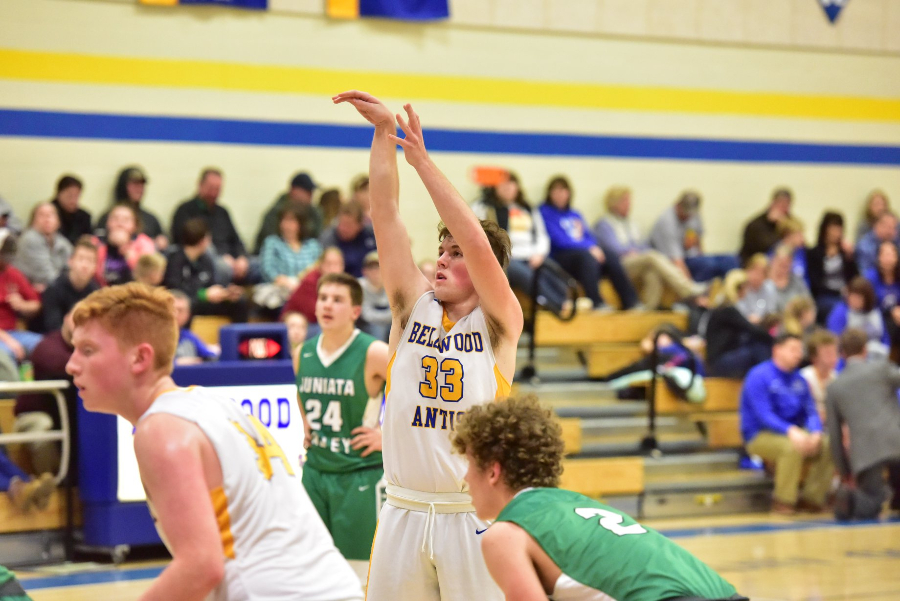 The Bellwood-Antis Blue Devils dominated last night in their ICC match up against Moshannon Valley, outscoring their opponent 70 to 31.

The Devils put on a show for the Senior Night crowd, setting up the mercy rule by the third quarter. B-A high scorer and senior Troy Walker had three 3-pointers on the night, and scored 18 points to put the Black Nights away.

Zach Miller, B-A’s second leading scorer, added 16 points for the Devils. The boys outscored their opponent 44-18 in the second and third quarters.

While it was a dominant Senior Night for Walker,  classmate Marcus Troisi scored six.

With the win, the Blue Devils solidified their spot in the District 6 3A playoffs rankings in the No. 8 spot.

The Blue Devils next game is Friday at Claysburg-Kimmell.