ARTIST OF THE WEEK: Cole Cherry 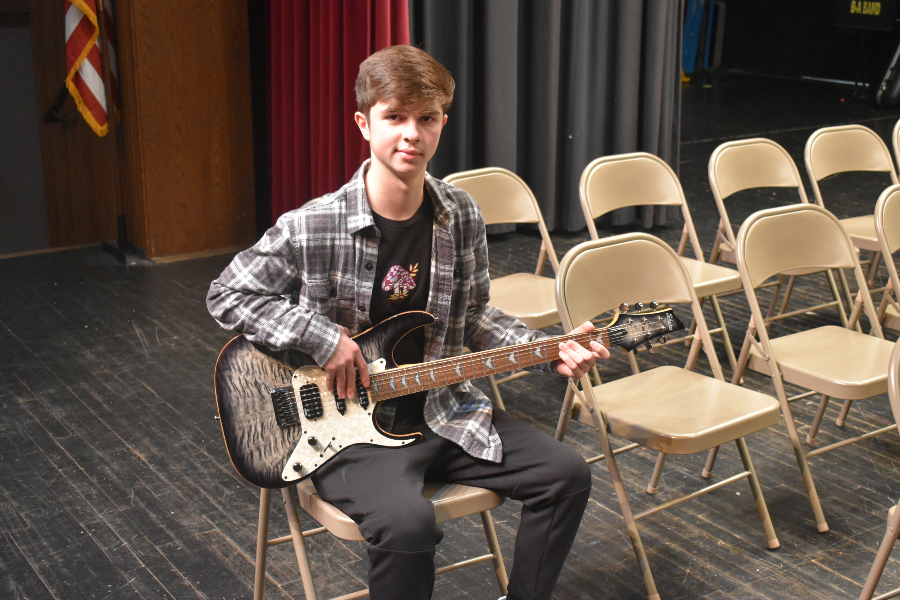 Cole Cherry is earning recognition for his skills on the guitar.

This week the BuePrint’s Artist of the Week is sophomore Cole Cherry.

Cole is exceptional at playing guitar and is in the high school band. He started guitar at the age of twelve. His inspiration came when he was little and his brother played the guitar. Cole wanted to be like him, so he eventually took up the instrument.

Band Director Mr. Sachse said, “I’m excited to have him new to the program this year. And he really adds a lot to both our concert and jazz bands.”

When asked what his favorite thing is about band he responded, “Everybody is really nice and it just makes me a better musician.”

Cole is planning on continuing in band and he also participates in chorus. In his free time he plays guitar and does outdoor activities.