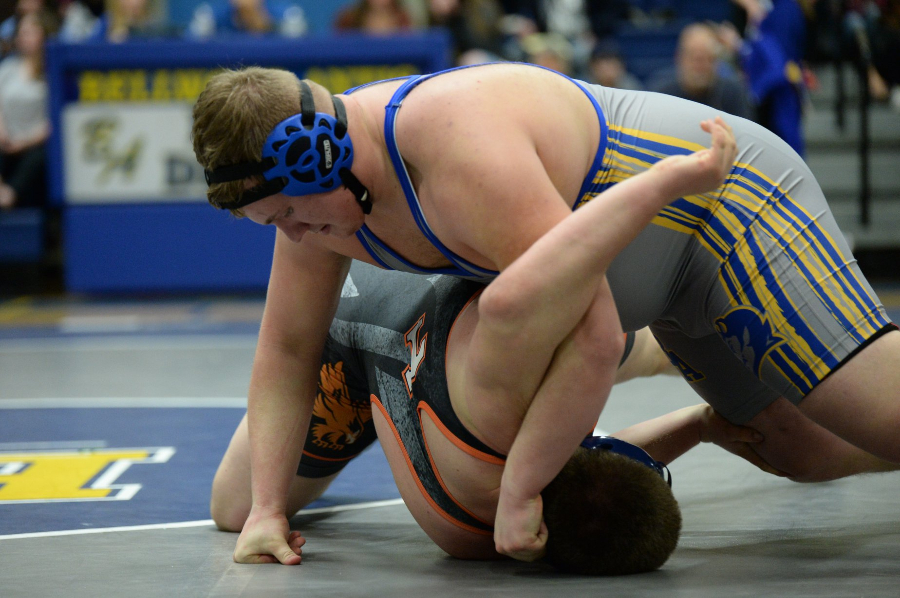 Last night was senior night for Evan Pellegrine when the wrestling team took on Northern Bedford at the Bellwood-Antis Middle School. He was recognized for his many years in Bellwood’s wrestling program.

The final score was a 45-23 win. Ryan Malone, Aiden and Alex Taylor, Pellegrine, Dominic Caracciolo all got pins respectively.

Pellegrine, a heavyweight, improved to 22-4 on the season. Malone, meanwhile, picked up his first win of the season when he kicked things off at 126.

“The guys looked really good last night. I was afraid that after a tough loss to Tyrone on Tuesday we would come out a little flat, but Ryan started the match off with a pin which gave the team a boost,” said B-A coach Tim Andrekovich. “Xander and Nate Jennings probably wrestled their best match of the year. Dom physically wore his kid down until he got the pin. Zach held on to get the win. Aiden, Alex and Evan all wrestled some pretty good kids and looked sharp with pins and a dominating win.”

The victory allowed the Devils to end the season on a high note with a 12-6 record heading into next week’s District 6 2A championships.

“It was great to finish the season with a win and at 12-6. We lost a few close matches due to our youth but we have a lot to build upon for next year,” Coach Andrekovich said. “We will get back in the room today and start our final push towards Districts.”