Game On: Devil May Cry 4 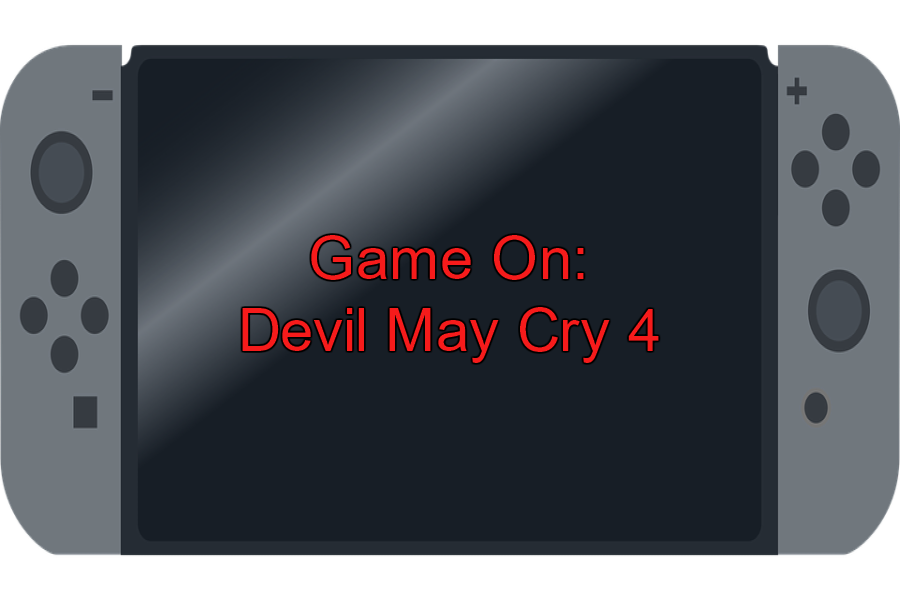 Stepping back from the masterpiece that is Devil May Cry V, a few good years ago, the last DMC game came out, and people didn’t like it. But, before that one, Devil May Cry 4 was praised for innovating the genre even further than 3 did. But does this game still hold up today? Short answer: yeah.

Let’s talk narrative and characters first, cause it’s garbage. Not a dumpster fire like Fallout 76 or The Rise of Skywalker, but not great. Nero, the newcomer to the series, is kinda cool with his dad hinted at being Virgil, Dante’s brother. But other than that, he just doesn’t have the same charm. The villains aren’t anything to write home about, besides Agnus the scientist, he’s funny and plays along with Dante in his flashiness, so he gets a pass. Gloria is dumb, even if you only see her twice. Credo is a plot device for Nero, but has the best boss battle in the game. And the priest, and I’m not calling him “his Holiness” cause I’m not with the cult, has the worst boss fights and motivations.

Now, onto the good stuff, the combat. While not as refined and smooth as DMCV, 4 does improve the style system that was once so simple. In DMC 3, you would have to select your style before the mission, or find a statue that would allow you to switch. Now, you can switch on the fly, and hear Dante shout every style option. Unlike Dante, Nero doesn’t have a style option, but instead has the Buster Arm, his arm is demonic, and so he does what any sane person does with a demon arm: Batista Bomb the local priest. Nero’s arm can toss enemies like pizza dough, each enemy has a semi unique animation, so they don’t get old super quickly. In the rerelease for the Xbox one, the PS4, and PC, you could also play as Vergil, Trish, and Lady. I’ve played as Vergil more than the other two, but they’re each fun in their own rights.

And now, a complete contradictory statement from yours truly, The writing in this game is so good, it’s either so bad it’s funny, or it’s funny. Dante’s quips before a boss fight are some of my favorites. With the aforementioned Agnus fight, him and Dante act out a play with shakespearian quotes and all.

Now, for Devil May Cry 4’s downfall: level variety. All of these new characters are unique to play, but have no levels dedicated to them! Nero and Dante play the main game, which Dante plays Nero’s levels in reverse order, and all of the side characters also play the same levels as Nero and Dante. The levels get boring quickly too. The only saving grace is bloody palace, which is a level based enemy rush that gets harder as you go. Throw in some bosses and you have a fun time.

The soundtrack in DMC 4 isn’t anything to praise, but not bad enough to make fun of, besides Never Surrender, that one is good.

So in summary, Gameplay is fun, Levels are garbage alongside the characters, Dante’s writing is great, and the soundtrack is mediocre. Also the final boss is trash. So why do I like this game as much as I do? I think it comes down to Dante and Virgil’s combat, Virgil especially. Since one has so many complications and small maneuvers you can do, and the other one is Dante, both are fun to learn. So for that, I give DMC 4 a solid 6.5/10. Not the best game I’ve played, but definitely not the worse, that’s the next game.