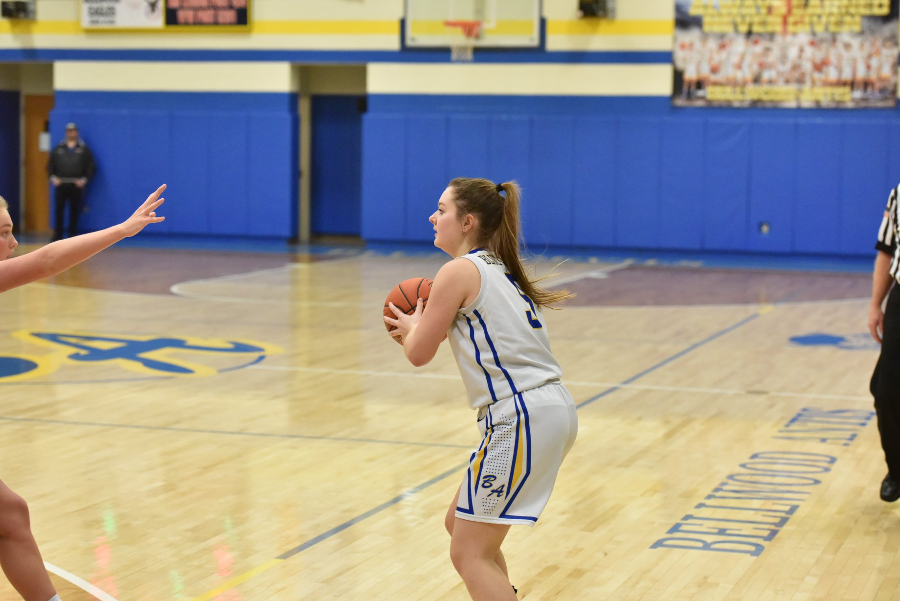 Last night the girls traveled to Williamsburg to take on the Lady Pirates.

A great first half put the Lady Blue Devils up by 29 points heading into half time, and the momentum clearly carried over into the second half as they went on to win 79-43.

Since Juniata Valley lost to Tyrone, all the girls needed to do was secure the victory over Williamsburg in order to play in the ICC Championship on Saturday against Everett.

It was previously believed the first ICC tiebreaker for the title was head-to-head point differential, and with a seven-point win over B-A two weeks ago the Lady Hornets had that advantage. However, the first tie-breaker is performance against common opponents. While the Lady Devils have beaten Tyrone twice this year (the Lady Eagles’ only losses), Juniata Valley fell to Tyrone 61-52 on Saturday.

Alli Campbell certainly put on a show with a  36 points, 15 of which came off of 3’s. The Lady Blue Devils ability to shoot 3’s has certainly given them the edge on almost every team they play. Last night alone the Lady Blue Devils had 15 3’s, and 4 of those threes came from senior Macy Decker.

“We just found out before the game that if we came out with the win we would be playing in the championship game,” said Macy. “We were all extremely excited, but we knew we had a job to do and that was to stay focused on the game ahead.”

The Lady Blue Devils next game will be on Saturday when they play Everett in the ICC championship game at Claysburg.