ATHLETE OF THE WEEK: Chelsea McClausky 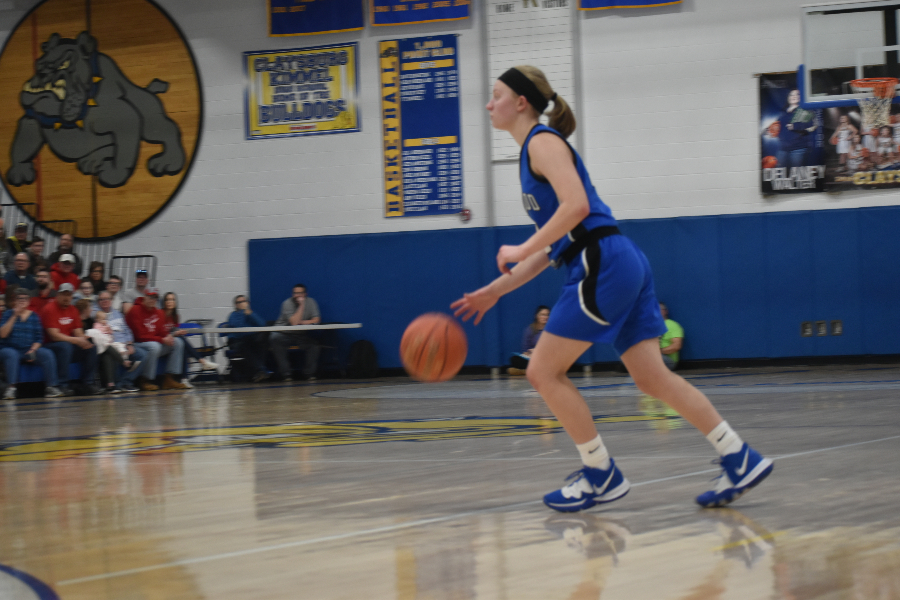 Chelsea McClausky is a freshman at Bellwood-Antis, she gets good minutes on the varsity basketball team.

She has totaled 343 minutes on the court for her first varsity season.

Chelsea has been playing basketball since first grade, she also practices basketball everyday.

She plays guard, or point guard. “I like the competitiveness and the friendships you make,” said Chelsea.

Chelsea has played 23 games this season netting in 81 points for the Lady Blue Devils.

Chelsea is on track to score 100 points in her freshman season with her 29% three point percentage.

“My goals are to score 1,000 points and eventually play basketball in college,” said Chelsea.

She also plays travel basketball, the team is called Dynamite.

Before games Chelsea likes to sit and watch Junior High play, she also sits and talks to her grandma at home games. “I also get a snack before games,” said McClausky.