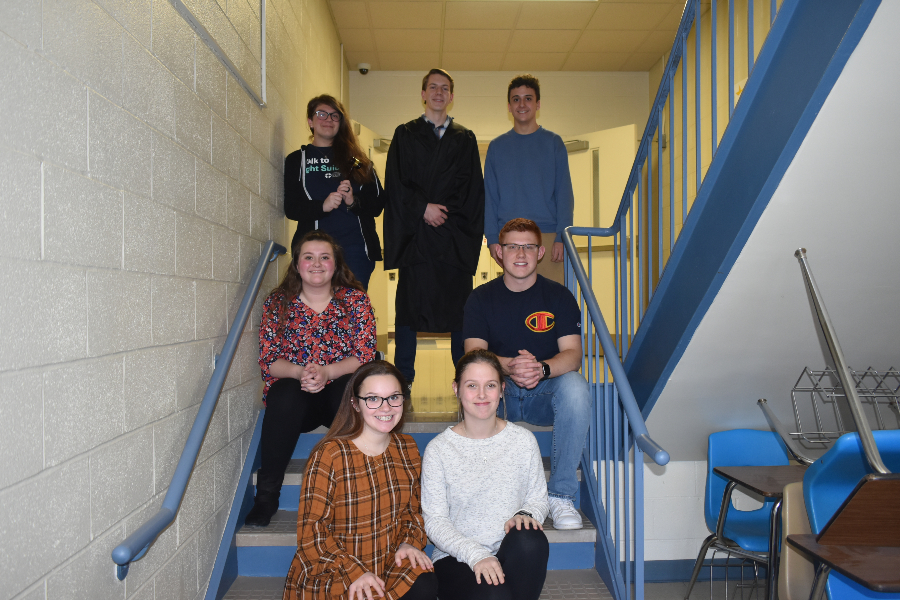 The Mock Trial team is in the midst of its most successful campaign in years and it heading to the District playoffs.

There are 5 teams in the District playoff competition. The rank is determined by each team’s average score from two regular-season meets. In first place is Central, followed by Bedford, Richland, Windber and Bellwood.

This is the first time in the past decade that Bellwood has made it to playoffs.

Bellwood’s first Mock Trial meet will be February 26 at the Blair County Courthouse.

If Bellwood wins its meet, they will advance and play February 28 at the Blair County Courthouse against top-seeded Central, which has a first-round bye. Bellwood/Windber will be the defendants and Central will be the Plaintiff.

The championship will be on March 3rd at the Blair County Courthouse.

This year’s Mock Trial case centers around cyber bullying and a fictional school not doing enough to prevent it.   B-A was worked as the defense in a January win over Tyrone.