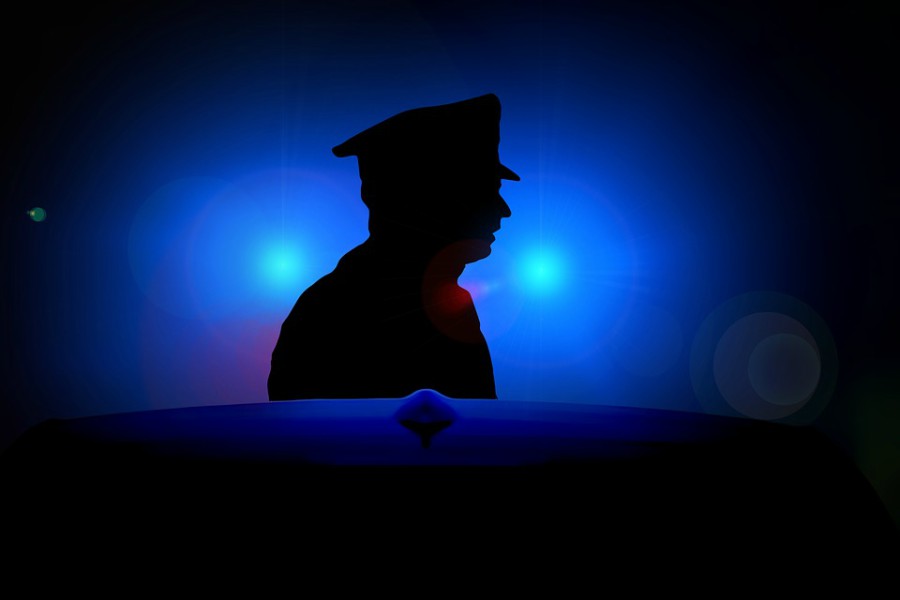 The latest installment of The Cure.

“Where are we going?” Ken yelps, gripping the grab handle in the backseat of Robert’s speeding Subaru Outback.

“First we’re going to Cassandra’s,” he tells us.

“Why are we going there? That’s the first place the police will look for us,” I ask.

“Cassandra, have you been receiving letters in the mail the last couple of weeks from a Katherine and Scott Nelal?”

“I need you to retrieve the letters as quickly as possible and bring them with us.”

We speed into the driveway and I jump out of the car and race to the mailbox. I throw the door open and shuffle through the mass amounts of unpaid bills and letters of condolences until I find the plethora of notes from Katherine and Scott Nelal. I grab them all and shove them into my backpack when I hear the squealing sirens and the red and blue lights flash behind me.

“Officer, please,” I beg. “Let us go just this once. Give us one week. And if we haven’t found what we’re looking for, I’ll turn myself in and you can do whatever you want with me.”

“You understand that by running, you’ve incriminated yourselves, yes?  I don’t believe you’ve done anything wrong, Cassandra. I just need you to come with me and let me prove it.”

“I need you to let us walk away from this.”

He shakes his head sympathetically. “I can’t do that.” Hernandez and his backup begin slowly walking towards me, hands on their holsters. I close my eyes, but open them again  when I hear the sound of metal hitting the ground and rolling directly in front of me. I look down to see what appears to be a bomb. I begin frantically shuffling backwards as the bomb begins releasing a thick white fog and a low hissing sound. I hear the officers yelling for everyone to get down when everything goes black.

I open my eyes and I’m in my house, laying on our tan couch.

I squeeze my eyes shut and savor the sound of Mack’s voice. She’s sitting behind me on the couch, playing with my dirty blonde hair in her fingers. “Mack,” I whisper.

“You’ve almost got it, Cassie. I knew you’d figure it out.”

“What do you mean, M? I still have no idea what happened to you.”

“You found the letters?”

“Yes,” I look around for my bag, which is nowhere to be found. “I just had them.”

“It’s okay. Do you understand what they mean?”

“The letters are the key. They hold all the answers.”

“What does that mean?” I sit up. “Who are Katherine and Scott Nelal? Who’s Elizabeth?”

Mack smiles a gracious smile at me and continues twisting my hair in her fingers. “Think about it. It’s quite simple actually.”

I squint at Mack. “Why won’t you just tell me then?”

Mack giggles. “It’s not that simple.”

“I wish you were here. I wish you could just tell me what to do.”

“You’re almost done, Cassie. But time is running out. It’s time to go back now.”

“Go where?” My brow furrows as Mack’s voice becomes just an echo.

“The letters,” her voice rings in my ears. “The letters are the key.”

“Cassie?” Ken’s voice breaks through. “Cass, are you okay?”

I rub my eyes and press my hand against my forehead. “What happened?” I groan.

“Well, I needed to get Cassandra out of there without drawing too much attention and I don’t carry a gun.”

Robert laughs as I suddenly realize I’m back in the passenger seat of the car, speeding towards who knows what.

“I was hoping you’d wake up soon,” Robert looks at me

“Because I have no idea where I’m going.”

“You don’t know where you’re going?” Ken yells. “I was under the impression that you were the guy with all the answers!”

“I don’t know where we’re going, but Cassandra does.”

I stare at him, confused. “Sorry, but I don’t have a clue either.” I pause for a moment and ask Ken, “Where’s my bag?”

“Sorry, Cass. You dropped it when you got knocked out and we had to make a choice. We only had time to grab one of you.”

I gape at him, incredulous. “Are you serious?!”

“Yeah, no, I’m totally kidding,” Ken cracks up. “It’s right here.” He tosses me my bag and I fight the urge to hit him over the head with it. I dig through and pull out all the letters for Elizabeth. “The letters are the key,” I whisper.

“What does that mean?,” Ken looks over my shoulder.

“The amount of time you two spend together is unhealthy.”

I ignore him and grab one of the letters. “It feels wrong opening someone else’s mail.”

“She won’t mind,” Robert smiles to himself.

“What even  is that?” Ken throws his hands in the air.

I rip the rest of the letters open and they are all blank, with the exception of those two numbers. “What is this?!” I exclaim. “The answer to  all my prayers are two numbers that probably don’t even mean anything!”

“Notice anything about the letters yet?” Robert looks at me through the corner of his eye.

“Like, other than the fact that they’re a huge disappointment?”

Robert explains, “Do you recognize anything about the sender’s names?”

“No, I still have no idea who they are.”

Ken leans on the back of my seat so he can peer over my shoulder and we both stare intently at the letter. Ken cocks his head to the side and pushes his brows together. “Cass.”

“Look,” he points to Katherine and Scott’s names on the envelope. “If you rearrange the letters in “Nelal”, you get–”

“Allen,” I stare wide eyed. “These letters are from the Allen’s.”

“Okay,” Ken sighs. “So what now? Where do the coordinates lead?”

“Buckle up,” Robert grins at us. “We’re going to Tristan da Cunha.”